View Full Report
Based in the highly coveted Iron Quadrangle, Jaguar Mining has seen a root-and-branch transformation of its operations and, in doing so, is set to becom...

“The Iron Quadrangle in the State of Minas Gerais, Brazil, is ranked as one of the top five gold producing areas in South America,” explains Rodney Lamond, CEO of Jaguar Mining – and it is here where the Canadian firm is beginning a new chapter in its transformation journey.

Located in central-eastern Brazil, the Iron Quadrangle is a prolific greenstone belt with a gold producing history dating back to the 16th century.

It is an attractive area for any leading mining company, and its the centre of Jaguar Mining’s refocusing to its original vision – to be a specialist underground mining company – and become one of the leading gold miners in South America.

“Our portfolio currently produces 100,000 ounces of gold a year, with our key operational mines being the Pilar and Turmalina gold mines,” Lamond notes, “but we also have a third mine called Paciência that's on a care and maintenance programme.

“Our aim is to become a 200,000 ounce producer and, to do this, we want to bring the Paciência mine back online,” he adds.

Created by consolidating a wide range of neglected assets from other companies, Jaguar Mining has consistently revitalised its portfolio by focusing on the fundamentals: investing in plants, exploration and mining.

This vision has been integral to Jaguar Mining’s growth, and it is clear that the Canadian firm’s resolve, and subsequent successes, has been by all accounts well earned.

Focusing on the Elementals of Mining

Like many in the sector, it has been a rocky road for Jaguar Mining, but it is one which the company has tackled head-on. The firm is zeroing in on perfecting the basics of mining and, in doing so, it has evolved to become more resilient than ever, according to Jonathan Hill, Jaguar Mining’s Geology and Exploration Senior Expert Advisor.

“In previous years, Jaguar Mining was diverted by projects elsewhere in Brazil that became capital intensive, and then the economic crisis came,” explains Hill. “The price of gold dropped and companies could no longer afford these high-capital, long-life projects.

“Jaguar Mining has now refocused on its original vision to be a long-life, sustainable gold mining company, and that’s what cementing the future of the company,” he adds.

Tasked with restructuring and refocusing the company’s vision, it was this challenge which first attracted industry veteran Lamond to become CEO at Jaguar Mining.

With a wealth of hands-on experience running mining operations, the company’s boss has spearheaded a root-and-branch transformation of the firm.

In doing so, he has helped to build credibility and land Jaguar Mining back on the Toronto Stock Exchange, and has also helped to revise its capital structure.

“Our debt to revenue ratios are second to none,” Lamond says. “We've currently reduced debt since I've started from $36mn to $16mn. We're generating significant operating cash flow, which allows us to continue investing capital in sustaining and growth projects and reducing debt.”

Identifying the main KPIs for success, the Canadian firm has developed ‘excellence groups’ which monitor these goals. Through a ‘Plan-Do-Check and Act’ analysis, the groups eliminate any issues so that productivity and efficiency remain at the forefront of its agenda. To meet such demanding targets, the company is also investigating in the use of technological innovations, such as automated underground drilling equipment.

By all accounts, the latest chapter in Jaguar Mining’s story has been one defined by its refocused vision and its emphasis on what matters: the primary mining operations. To achieve this, it has reduced costs in non-critical areas to lower debt and boost its operational cash flow.

Traditionally, many mining operations have been characterised by short life spans; however, Jaguar Mining is challenging this convention.

The company hasn’t lost sight of the importance of exploration, and its commitment to it is elevating the firm to new and exciting heights.

Moving forward, Jaguar Mining’s main focus is to continue drilling at its core operating assets. It is going to explore and drill down-plunge extensions of main orebodies and intends to increase the life of mines.

So far, the firm has had impressive results at both the Pilar and Turmalina mines, recently reporting approximately one million ounces of gold (532,000 oz. in M&I and 433,000 oz. in Inferred) at Pilar alone.

“The mines have a fairly small footprint at the surface, but they go down to great depths,” explains Hill. “There are many examples of historical mines continuously going deeper and deeper, at good grades.

“We believe our principal mines have got these long roots, and that's where we're focusing now and where we're getting good results,” he continues. “We’re demonstrating that these older properties have more than a few years ahead of them. Instead of having a one-year runway or 18-month runway, which is typical for these types of mines, we can start to see beyond the five- to 10-year period. That's what’s consolidating the future of the company.”

Thanks to its innovative, unilateral thinking and its refocused operations, Jaguar Mining is set to bolster its position as a leading gold miner in South America. However, it is keen to highlight the strong strategic partnerships that have helped it on this transformative journey.

“Companies such as the Aquila Group have really helped us put modern measurement techniques in place,” notes Hill. “That's helping people understand the key ingredients needed to run an operation, understanding what the costs associated with those are and the responsibilities of the people involved in this.

“Another key partner is Major Drilling, who uphold high safety, health, environmental and community standards that equal our own values, so we are excited to work with them,” he continues.

“Laboratories such as ALS have also provided excellent services for us and these partnerships are so important because mining isn’t about the parent company, it's about the partnerships. Everyone's part of the team.”

Lamond agrees with this sentiment, also highlighting the strong relationships the firm has forged with local universities and communities.

“Getting people exposed to the industry, whether it’s through their PhD or undergraduate study, is allowing us to better understand the area and our property,” comments Lamond. “At the same time, it’s about providing opportunities to students who are either in the geology or engineering fields. As the knowledge of our deposits grows, our perceptions change, so these partnerships are very important.”

A New Chapter Ahead

With the aim of doubling its production on the horizon, Jaguar Mining is confident that its operational excellence and impressive location has positioned it to tap into any escalation in gold price.

“We're in an area of Brazil that is a prolific gold-producing belt,” concludes Lamond. “It provides a tremendous investment opportunity for those who have the appetite to invest in Brazil and who want to watch a company grow—a company that has been successful over the past several years and continues to be so.”

While the past few years have been focused on the firm’s survival, it seems it is a new dawn for Jaguar Mining, one where the company is set to thrive. 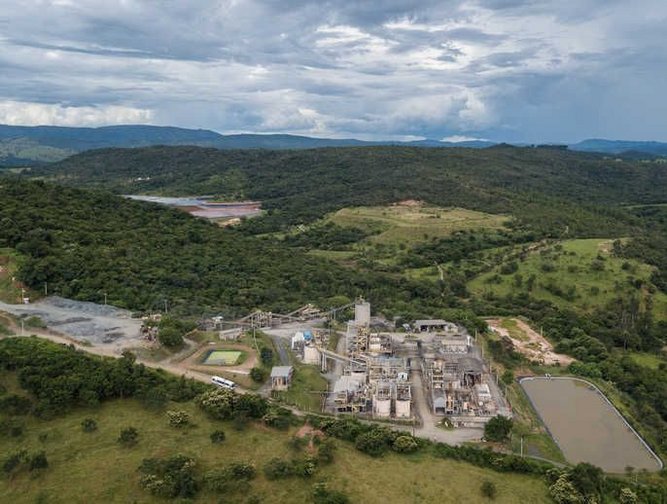 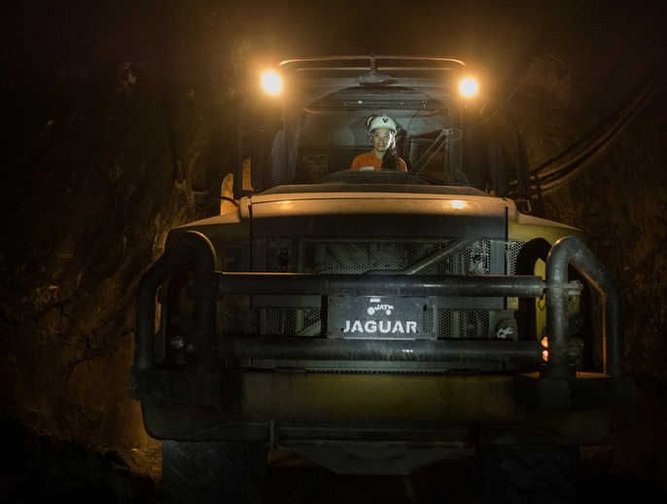 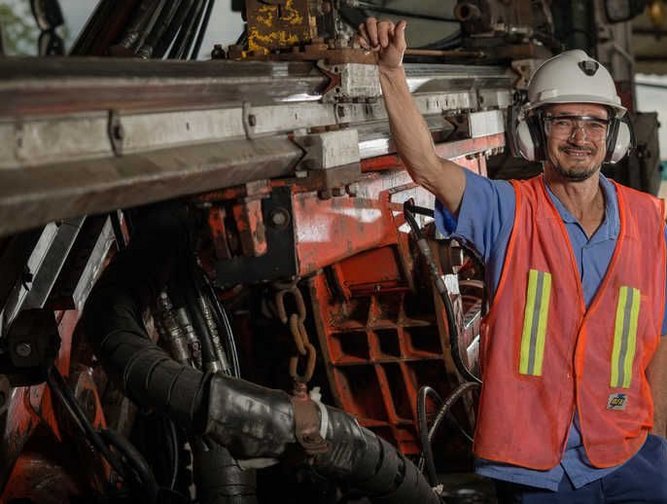 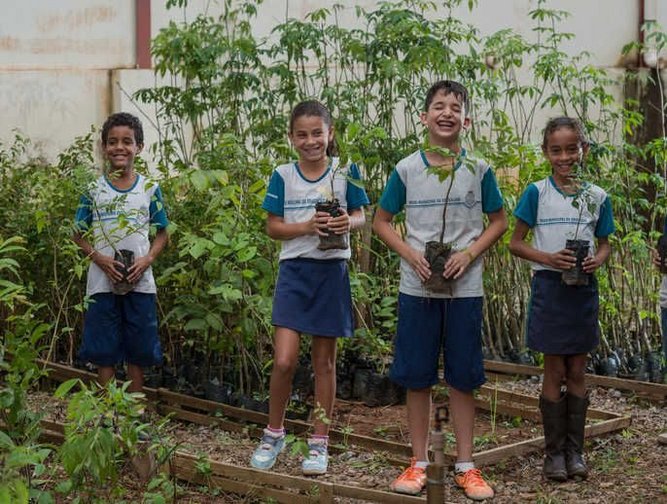