Mintails Limited is a company listed on the Australian Stock Exchange (ASX). The name Mintails is a direct description of its original mini...

Mintails Limited is a company listed on the Australian Stock Exchange (ASX). The name Mintails is a direct description of its original mining activities, which were the processing and production of gold from ‘the mining of tailings’. Most of the tailings being processed are located on the West Rand of the Witwatersrand Basin, near Johannesburg, South Africa.

The Company currently possesses world class assets on the West Rand and was successfully converted into a gold producer with a capacity to treat circa 6 million tonnes of slime, sand and hard rock material per annum, resulting in the extraction of over 50 000 oz of gold per annum.

During the early stages of the 2012, the Company commenced a due diligence of the West Wits Mining Limited resources on the West Rand. The final acquisition of these assets took place in May 2012. The acquisition covers two Mining Rights conferring the right to mine subsurface reef resources in an area approximately contiguous with the area upon which the Mintails ‘Randfontein Cluster’ of surface dumps exists. The leases contain stated JORC resources of 139,000 oz Au and a JORC reserve of 58,800 oz Au. 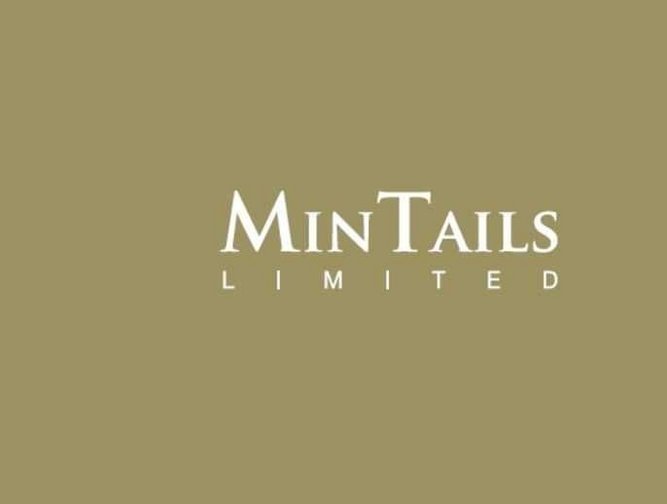 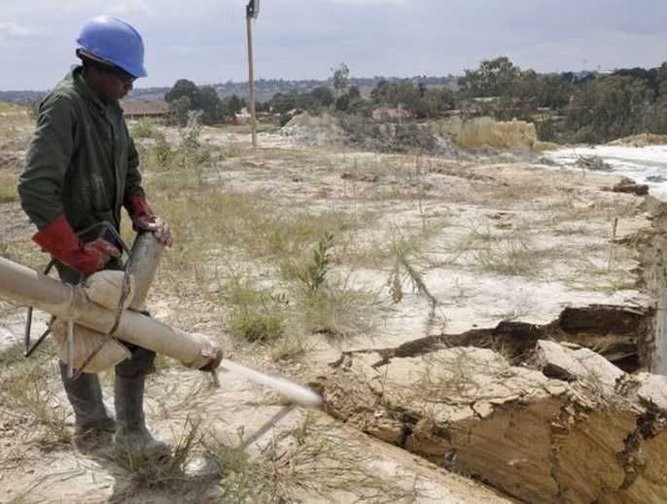 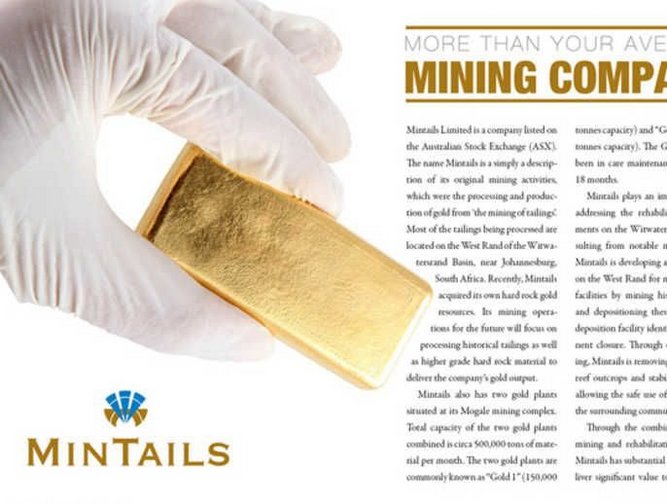