Destructive by its very nature, the mining industry is one that requires an incredible focus and understanding of the impact that a project has, and can have, on the environment. For many mining operators, getting this one element right is key to achieving any form of success. Get it wrong and the results can be catastrophic.

With a vision to become one of the world’s largest producers of multi-nutrient fertilisers, and a $4.2bn (£3.2bn) project to achieve that, Sirius Minerals takes its environmental responsibility incredibly seriously. In fact, it’s built into the company’s very mission statement of ‘sustaining the future’.

“This project will establish Sirius as a global fertiliser company,” says Graham Clarke, Operations Director at Sirius Minerals. “But I think what’s important to us is the way we’ve gone about doing that and the way we work.

“We’re not just a mining company trying to develop a resource and make as much money as we can out of it. It’s how we've always engaged with the local communities, national government and well as regionally. I think we're really setting the benchmark in sustainability in mine development.”

The Woodsmith Mine is a 2.66bn tonne polyhalite project: the largest highest grade polyhalite resource in the world. Located near Whitby in the North of England, Sirius Minerals is currently implementing major infrastructure that will connect a deep shaft system and an underground tunnel directly to nearby sea ports and shipping channels. The challenge for Sirius lies in the location, as the project is situated inside a major national park, meaning that the level of environmental responsibility placed on Sirius’ shoulders is significant.

“It started with the way that we designed the project and the infrastructure. Post construction, it will have minimal, if any, impact on the environment,” explains Clarke. “The mine site itself won't be visible from any viewing point around the site once we've finished, and I think we've demonstrated that it's possible to design a deep mine in a sensitive area without it having a significant impact on the environment. As a company, we take a lot of pride in the way we’ve gone about that, from the way we engage with the local people and the care we take in the environment.”

This is echoed by Chris Fraser, Managing Director and CEO of Sirius. He notes that the innovative low impact design came about through initial discussions and planning meetings about the mine, which originally was going to involve turning the polyhalite into sulphate of potash (SOP) through a large-scale thermal process that would use a large amount of energy and water. This, he explains, would leave a rather significant carbon footprint. “The process, while technically feasible, caused us great concern because of the amount of gas it was going to consume and the amount of carbon it was going to produce.”

As the team went back to the drawing board and conducted a number of studies to find a more carbon neutral process, it was discovered that when left in its high grade natural mineral form, polyhalite’s crop yield performance surpassed expectations.  It was decided that, rather than turn polyhalite into SOP, a product which was already widely used, Sirius would market polyhalite itself as a new fertilizer product.  This had the added benefit of significantly reducing the energy consumption required for processing.

“That was choice number one, and that meant that our carbon footprint reduced massively as a project,” says Fraser. “It also meant that we didn't have to have a massive chemical process plant nearby consuming huge amounts of gas and water.”

Given the location of the ore body, Fraser also recognised that Sirius needed to work closely with the local community and national government in order to ensure that the Woodsmith Mine could even get off the ground.

“We made the early design decision that we would not build big headframes into the sky as normally seen with underground mines around the world,” explains Fraser. “We decided that all of our infrastructure should go underground. These choices mean that there will be zero visual impact on the National Park, which is a fundamental ethos of the whole project.” While Fraser admits this decision did incur additional costs, he stresses that these were non-negotiable.

The second component was one of transportation: extracting the ore and moving it to and from the mine site. The transportation and logistics surrounding mine sites create a myriad of major and minor noise and light pollution, as well as congestion and additional carbon emissions.  To avoid this impacting the park, the company looked to another innovative solution: an underground Mineral Transport System (MTS). The MTS is a fully segmented tunnel containing a conveyor belt that will transport the extracted ore outside the national park to the industrial port of Teesside, where the polyhalite will be granulated and shipped.  It will be constructed using three tunnel boring machines (TBMs) undertaking three independent drives: one will launch from the surface at the port end, and two from sub level launch chambers at the mine end and at an intermediate site.

“The tunnel will be dug through one rock strata, Redcar Mudstone, at an average depth of 250m” says Clarke. “That means it will be deep enough to avoid any meaningful surface impact during construction, and have minimal environmental visual impact post construction.  Effectively when the project's built, nobody will actually know there's a mine here, or a tunnel in existence.”

In building such massive infrastructure, which provides low operating costs, minimal environmental impact and contributes to reducing the carbon footprint of the operation, Fraser believes that it represents a shining example as to what can be achieved with regards to sustainability in mining.

“What we've had to do is design a project that is setting new standards in sustainable design because ultimately, we've got a project for the next century and beyond, rather than one that's based on thinking that's from the last century,” says Fraser. “Beyond that, we can really tap into the incredible technological advantages and thought that comes out of the UK, in terms of designing our operating systems, with regards to remote and/or automated operations, and really looking at achieving even higher standards, in terms of our operational presence, once this infrastructure's constructed.”

For Clarke, this vision of setting new standards and pushing the boundaries as to what can be achieved through innovative thinking and sustainability in mining is something that he bought into from the very start. “Chris Fraser had a vision at the very beginning; I signed onto that. I've never doubted it for a minute since I joined the company,” he says. “It’s a feeling shared by every single one of us here at Sirius. We believe in that vision as well, and the reality is, that if you actually believe you can do something, then you've got a pretty good chance of doing it.”

Sirius’ first exploration programme ran from 2011 to 2013 which resulted in the identification of the 2.6bn tonne resource. With construction beginning in early 2017, Sirius has targeted production of the first polyhalite towards the end of 2021 and an initial 10mn tonne per annum operation by 2024. For the immediate future, Fraser notes that the company’s attention is entirely focused on completing the remaining financing required to build the project. “Construction is well underway and we're coming toward the end of our second year of our construction schedule,” says Fraser. “Now we look at stage two of our financing, which is our senior debt financing. That is concluding early next year and involves finalising our project procurement, signing and securing our delivery partners on the project. These include DMC, Strabag, Jacobs and our market partnerships with our customers, with whom we have already secured aggregate peak take or pay sales of 8.2mn tonnes per annum.”

As the project continues to advance, both Clarke and Fraser can look at how far the company has come since identifying the resource back in 2010. More importantly for Clarke, the company can prove that it has and will continue to do things in future the right way. “It's who we are and it's the way we do things. We will address whatever is coming in the future in the same way that we've addressed everything we've done so far. I think that's one of the things that sets us aside, is our ability to change and evolve and meet the next challenge,” he says.

Through that vast polyhalite resource, combined with the incredible understanding of its environmental responsibility, Sirius Minerals will truly transform not only the fertiliser industry, but it will send a clear message to the global mining industry.  The mining conversation is often dominated by Canada, Australia and emerging mining markets across Africa, but both Fraser and Clarke feel passionately that the Woodsmith Mine can put the UK back on the map – it is the first deep mine to be built in the UK in decades, and will produce over two billion pounds a year through exports alone. This is a key driver for Fraser and is a cornerstone of his vision for Sirius: “I think the material contribution that mining projects can make is just such a fundamental component that has been lost from the UK. Look at a project like this, done to such high sustainable standards. It really does show you the power of mining as an economic driver for growth.” 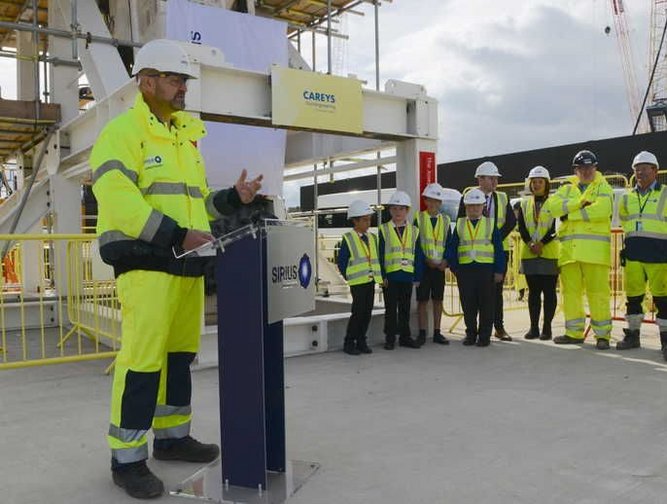 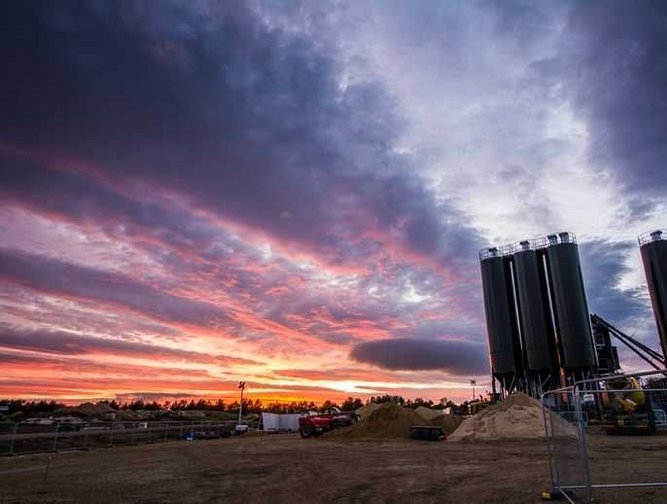 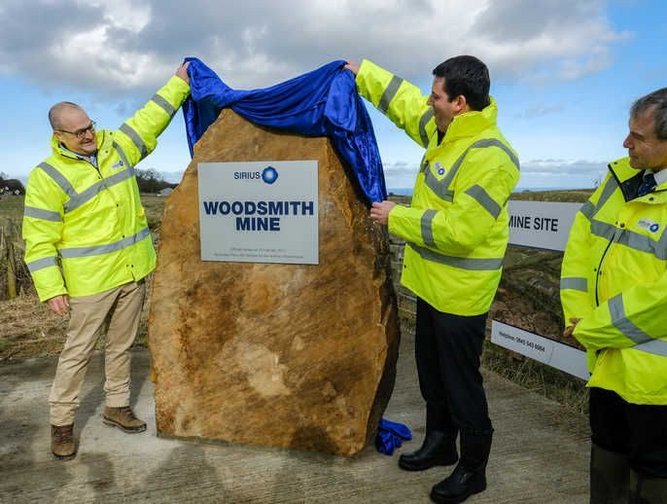 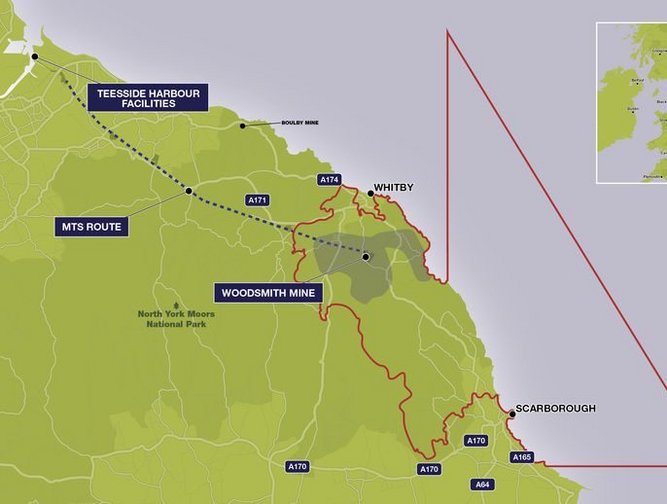 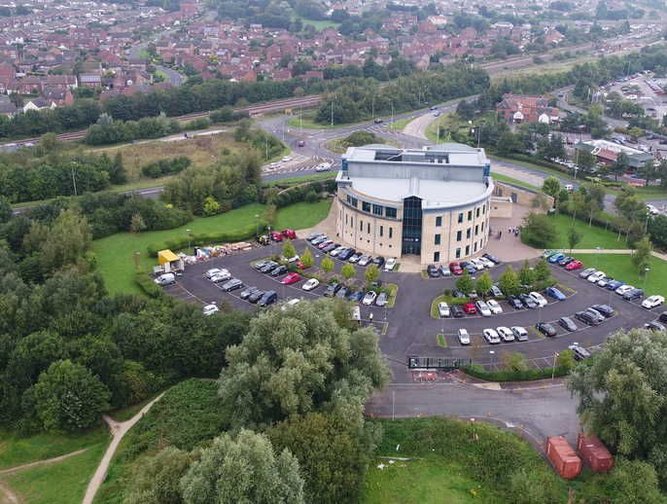 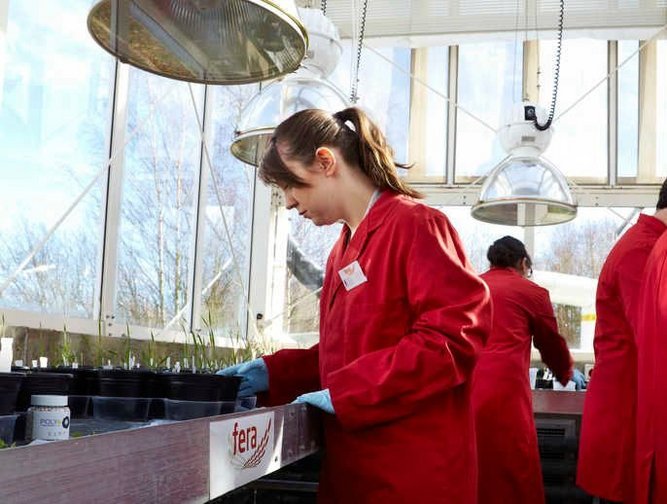 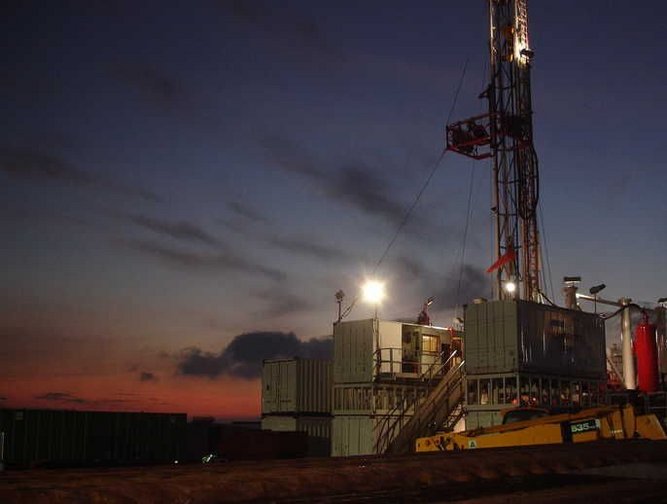