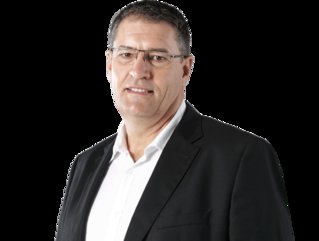 South Africa’s Industrial Development Corporation (IDC) has acquired a 43.75% stake in New Okiep Mining Company (NOM), from the Melbourne, Australia-headquartered Orion Minerals, it has been announced.

In a statement, Orion – the globally diversified metal explorer and developer with key projects in South Africa’s Northern Cape – said that it will continue to hold the remaining 56.25% of NOM ordinary shares. It pointed out that the deal marks a major step towards the re-establishment of mining operations at the advanced Okiep Copper Project, its second emerging production hub in the province.

The IDC will now advance its pro rate share of the AU$6.9 million total budgeted pre-development operating costs of NOM with Orion having already advanced its entire pro rata share of AU$3.9 million to NOM, the statement added.

Orion’s Managing Director and CEO, Errol Smart, commented: “We are very pleased with the swift progress that has been made in completing our NOM deal with the IDC. We have signed definitive agreements, met all conditions precedent and have issued the draw-down notice for funding – all in less than two months after signing non-binding term sheets with the IDC. We commend and thank the IDC for the professionalism, commerciality, and vigour with which they participated in this process.

“Orion, the IDC and Lulamile Xate’s BEECo all share a common vision to fast-track the feasibility studies, permitting and early development of the Flat Mines Project at Okiep, with a view to restarting mining operations in this richly endowed copper district as soon as possible. The Bankable Feasibility Study is already at an advanced stage and is expected to be completed and submitted for independent peer review in the first quarter of 2023,” he added.

NOM is acquiring the prospecting rights and the recently granted Mining Right at Okiep from Southern African Tantalum Mining (SAFTA), in which the IDC is currently a 43.75% shareholder as well, the statement added.

Once NOM acquires the assets from SAFTA, IDC will sell 22.22% of its shares in NOM to BEECo, which is a BEE Entrepreneur entity led by Lulamile Xate, it continued. This will further the Historically Disadvantaged South Africans (HDSA) ownership objectives of South Africa’s Mining Charter from 2018.

Orion, the IDC and Lulamile Xate anticipate finalising and executing the definitive agreements for the HDSA ownership arrangements within the coming months, with the implementation of the HDSA ownership arrangements being conditional on the transfer of the assets from SAFTA to NOM, as per the terms and conditions of the SAFTA Asset Acquisition Agreement.

Orion said that it has completed a positive Scoping Study for the Flat Mines SAFTA area. This has demonstrated the economic merit of developing a foundation phase mining operation at the SAFTA properties, it added, pointing out that the Scoping Study supported a moderate scale start-up mining operation on known, drilled copper deposits.

The company’s aspiration, along with its project partners is for the early reestablishment of mining operations on the brownfields SAFTA site, while conducting the required work and engineering studies to support the long-term aspiration of achieving production from the Okiep Copper Project (OCP) at a similar scale to past owners Newmont and later Goldfields under the Okiep Copper Company.

The OCP is a significant growth opportunity for Orion, with the potential to become a second base metal production hub for the Company in the Northern Cape, alongside its flagship Prieska Copper-Zinc Project, which is located 450 kilometres east of the OCP.

The announcement comes in the wake of Orion agreeing a pivotal funding package with IDC to fund early works at the Prieska Copper-Zinc Mine, Smart said

“While the NOM – IDC deal has been progressing, our team has also been working in parallel on the definitive agreements with the IDC for the AU$21.76 million funding of the Prieska Project, announced on 21 October 2022, and we expect completion of that agreement in the near future.

“Our growing business relationship with the IDC as a key development partner in unlocking the significant base metal potential of the Northern Cape will also position us to deliver value for our shareholders, our host communities and our staff, who will also be shareholders in our mines,” he added.

The proceeds of the facility will be applied to mine dewatering and trial mining operations in order to complete the Early Production Plan for Prieska Copper-Zinc Mine (PCZM) to Bankable Feasibility accuracy, he added.

The loan and capitalised interest may be converted into shares in Orion’s holding company for PCZM (Agama), based on pre-money valuation of AU$104.5 million for PCZM.

“The combined pre-development funding being provided by the IDC and our other strategic funding partner, Triple Flag, now totals over AU$32 million. This will allow dewatering to commence at 500m3 per hour from the Prieska underground mine workings. It will also provide funding for us to carry demonstration trial mining on the +105-crown pillar and selected remnant pillars available above the current water level.

“Securing the IDC as a project partner at both of our Northern Cape project hubs – Prieska and Okiep – is a huge achievement by the Orion team. The trial mining phase and revised Bankable Feasibility Study are expected to be completed in mid-2023, allowing project financing to proceed to supplement the US$80 million Triple Flag stream financing announced in May 2022,” Smart concluded.