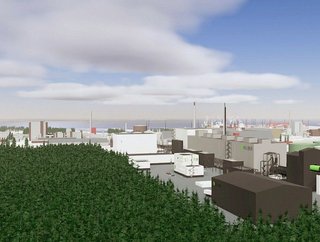 Sibanye-Stillwater, the multinational precious metals mining company, has said that following its securing of an effective controlling interest of approximately 85% in Keliber Oy, the Finnish mining and battery chemical company, it has approved the capital expenditure of €588 million for the Keliber lithium hydroxide project.

Work on the project will begin with the construction of the Kokkola lithium hydroxide refinery, which will be located at the Kokkola Industrial Park in Finland – a world-class logistics and industrial hub that is strategically positioned to supply the growing European battery sector.

The construction of the refinery marks the first phase in the development of Keliber’s wholly owned, advanced, Keliber Project, which is located in the Central Ostrobothnia region of Finland, one of the most significant lithium-bearing areas in Europe.

“Starting the construction of the refinery is a significant milestone in Keliber's lithium project, which is now proceeding into the implementation phase. The schedule allows us to ramp up production in 2025, which is good news for the Finnish battery cluster as well as for the whole Kokkola region, where the project means job opportunities and increased vitality,” said Hannu Hautala, CEO of Keliber.

He added that the project is based on integrated production and that in addition to the refinery, plans include a concentrator plant 66 kilometres away, on the border of the municipalities of Kaustinen and Kronoby, and mining sites. Construction of the concentrator and the nearby Rapasaari mine will begin once the environmental permits have been granted.

Four initial open cast and three underground, highly mechanised mining operations, (primarily Syväjärvi and Rapasaari, with Emmes, Outovesi, and Länttä towards the end of the project life), situated across three municipalities (Kaustinen, Kokkola and Kronoby), are planned to supply ore to the Päiväneva concentrator which will be situated close to the Rapasaari mine, a statement elaborated further.

Concentrate produced at the Päiväneva concentrator is planned to be trucked approximately 66 kilometres to the Kokkola refinery. The Kokkola refinery is forecast to produce an average of 15,000 tonnes of battery grade lithium hydroxide monohydrate per year, it added.

The refinery’s main raw material will be spodumene concentrate, which Keliber will produce from its own ore. However, during the ramp-up period, the company said it planned to rely on purchased spodumene concentrate from outside suppliers. This is because the concentrator plant will be built later than the lithium hydroxide refinery, it explained.

The construction phase is expected to employ up to 500 people, approximately half of them at the site of the lithium hydroxide refinery. Once production has reached a steady stage, Keliber will employ approximately 300 people, either directly or via contractors.

“The construction start will speed up our direct recruitments as well those of our partners. We are in the process of finalising large technology contracts, and we will continue detailed planning and tendering,” added Hautala.

The lithium hydroxide refinery will consist of several buildings and will have a total area of ​​more than 20,000 square metres. The construction phase will start with preparatory work on the lot, such as fencing the area, followed by earthworks, after which the production building foundations will be constructed.

The company added that circulated process water will account for about 80% of the refinery's total process water consumption. The side stream created in the process, analcime sand, can be used in construction, primarily in the expansion of the Kokkola harbour.

“Our location in Kokkola Industrial Park supports our sustainability targets, as KIP is known as the pioneer of the circular economy in Finland. High-quality infrastructure and service offering combined with good traffic connections contribute to efficient material and energy flows,” said Sami Heikkinen, Manager of the lithium hydroxide refinery.