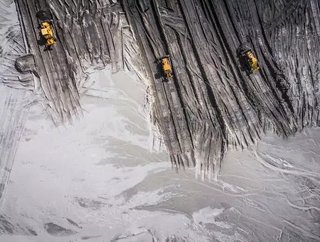 The worlds largest producers of copper are forecasting mining investments of more than $60 billion over the next decade. The Minister of Mining, Baldo...

The worlds largest producers of copper are forecasting mining investments of more than $60 billion over the next decade.

The Minister of Mining, Baldo Prokurica, along with the Executive Vice President of the Chilean Copper Commission (Cochilco), Sergio Hernandez, announced in a new report that the mining sector is anticipating an investment of $65.747 billion over the next decade.

In the report, entitled "Investment in Chilean Mining - Portfolio of Projects 2018 -2027 “, it identifies 44 mining projects that will provide contribution of copper projects of  around 3.5 million tons, the largest of the last 3 years.

"We want to provide them with extraordinarily important information for Chilean mining and for the country, and it is Cochilco's projection of investments for the next decade." One of the concerns of Chileans is development, job creation and this good news. What we are doing opens up opportunities for Chilean families, mining is undoubtedly an important contribution to achieving these objectives, "said the Minister of Mining.

Hernandez specifically pointed to six new mining projects, two lithium, three copper and one gold, which will be added to the Cadastre, totalling US $ 5,902 billion.

The new initiatives that are added are Production of Sales Maricunga of SIMCO; SQM Salar 180 ktpa Lithium Carbonate Expansion; Collahuasi complementary facilities 170 ktpd from Minera Doña Inés de Collahuasi; Operational Continuity Zaldívar of Antofagasta Minerals, Salares Norte of Gold Fields, and Nueva Unión Phase II and III, the largest of all with an investment of US $ 3,700 million, in addition to the Phase I already considered in the Cadastre of last year.

Northern Star Resources to acquire Pogo Gold mine for $260 million

"The projects most likely to materialize in the next 10 years increase from 50% to 55%, in relation to the previous report, adding US $ 36,257 million with 25 initiatives, this increase is mainly due to the Quebrada Blanca projects of Teck, which involves US $ 4,700 million, Mantoverde Development of Mantos Copper, with US $ 832 million of investment and Spence Growth Option of BHP Billiton, which totals US $ 3,300 million, increase its probability of materialization upon receiving approval of its Studies of Environmental Impact (EIA) or start its construction, "added the Executive Vice President of Cochilco.