Copper sends a message to markets that growth is already wrecked, reports Bloomberg 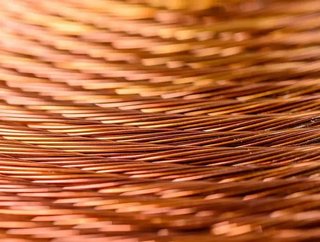 For the past year, copper traded like a seesaw on the on-again, off-again hopes of a US and China trade deal. Now it’s more like a rollercoaster ride...

For the past year, copper traded like a seesaw on the on-again, off-again hopes of a US and China trade deal. Now it’s more like a rollercoaster ride down, reports Bloomberg.

The focus is increasingly on the damage caused by the havoc of a trade dispute between the world’s two biggest economies. The broad applications for copper mean it’s particularly vulnerable to the synchronized tailspin being seen in everything from car-making and earth-moving equipment to commercial property and advanced electronic components.

“What the hard data is telling us is that end-use demand is slow and in many places getting kicked quite hard,” Oliver Nugent, a metals strategist at Citigroup Inc., said by phone from London. “China’s commodity-intensive economy is as weak as it’s been in recent history.”

On Friday, copper broke through a trading range that’s lasted since July 2018, hitting a new two-year low. The losses continued on Monday, with the metal sliding to $5,640 a ton on the London Metal Exchange.

Even with the slide to two-year lows, copper hasn’t kept pace with the sharp decline in global manufacturing over the course of the year, prompting Macquarie analysts to point to further downside for the metal as prices re-tether themselves to demand trends.

The slowdown in Chinese manufacturing is particularly significant for copper, with usage in the world’s top consumer contracting materially for the first time since 2015, according to a Citigroup demand tracker. The bank is forecasting that Chinese demand growth for the metal will be the weakest since before 2000.

Worries are also mounting about U.S. growth. A Federal Reserve Bank of New York gauge puts the risk of a recession in the next 12 months at the highest since 2008. The deepening dispute between the U.S. and China could cost the world economy about $1.2tr, according to Bloomberg Economics.

Morgan Stanley economists warned in a note Monday that the global economy will likely be in recession in nine months, should higher U.S. tariffs and China’s retaliation last for four to six months.

It’s not just copper demand that’s tumbling: contracting orders for zinc in China have put the market on course for the worst year for global demand growth since 2012.

The downward demand trend is also stark in aluminum, where top producers including Alcoa Inc. and Norsk Hydro ASA forecast usage to grow at its slowest pace since the financial crisis. Annual demand has been growing at 5% to 10% for most of the past decade, but Norsk Hydro says it could be as low as 1% this year.

Nickel - which has rallied almost 40% this year on tightening supply and an expected boom in usage in electric-vehicle batteries - hasn’t escaped unscathed. Major producer MMC Norilsk Nickel PJSC sees consumption growth this year hitting the weakest level since 2015 as a spell of stellar growth in orders from China’s stainless-steel sector runs out of steam.