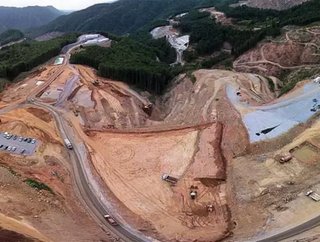 A Canadian base metals mining company, with a portfolio spanning Chile, USA Portugal and Sweden, has seen a multibillion dollar investment offer rejecte...

A Canadian base metals mining company, with a portfolio spanning Chile, USA Portugal and Sweden, has seen a multibillion dollar investment offer rejected.

But in an announcement this week, it has been revealed that the offer to acquire all of Nev Sun’s outstanding shares in a deal worth C$1.5 billion has been rejected.

Lundin has submitted three proposals for investment but has been “unable to successfully engage Nevsun in meaningful discussion.”

In the latest proposal submitted earlier this year, Lundin has worked with Euro Sun as a partner to negotiate a deal that would allow Nevsun shareholders to continue to benefit from the advancement of its flagship Timok project and its’ Bisha mine.

Nevsun shareholders would also continue to benefit from its 100%-owned Rovina Balley gold-copper project in Romania.

“Lundin Mining and Euro Sun believe strongly that the Proposal should be shared with all Nevsun shareholders,” said Lundin in a statement.

Paladin Energy could place Langer Heinrich Mine under care and maintenance

Paul Conibear, President and CEO of Lundin Mining commented: "Our significant experience in underground construction and mining, and track record of operating in Europe demonstrate our ability to be a strong and reputable developer of the Timok project in Serbia.

"After months of attempting to reach an agreement, we are disappointed that Nevsun has prevented its shareholders from considering our premium proposals and at this point in time, we believe that all Nevsun shareholders should be made aware of this opportunity.  We remain fully committed to negotiating a transaction with Nevsun under the very attractive terms proposed."