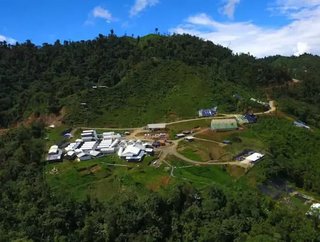 SolGold is a leading exploration company focusing on the discovery and definition of world-class copper and gold deposits.  Miners all over the globe are stepping up their exploration for copper – forecast to see increased demand thanks to the ongoing EV revolution amidst the switch to renewable energy which requires such metals to deliver efficient power transportation.

Against the backdrop of last year’s copper pipeline slowdown (when production trailed consumption by 175,000 tonnes) SolGold’s Cascabel copper project is one of few expected to come online in the near future to help buck the trend.

Ecuador has been taken more seriously as a mining investment destination in the past two years, due to revised regulatory and fiscal frameworks, and a major investor engagement campaign attracting over 400 applications for concessions this year.

The Cascabel Project is located on the northern section of the prolific Andean Copper belt, renowned as the base for nearly half of the world's copper production.  The project area hosts mineralisation of Eocene age, the same age as numerous Tier 1 deposits along the Andean Copper Belt in Chile and Peru to the south.  The project base is located at Rocafuerte in northern Ecuador, approximately three-hour's drive north of Quito, close to water, power supply and Pacific ports.  SolGold holds an 85% registered and beneficial interest in ENSA (Exploraciones Novomining S.A.) which holds 100% of the Cascabel tenement.

SolGold is encouraged by recent drilling results, expected to further expand and enrich the existing resource base at Alpala. The Company is also excited about notable drill hole results outside the previous resource area which promise further growth for the 2019 drilling campaign ahead.