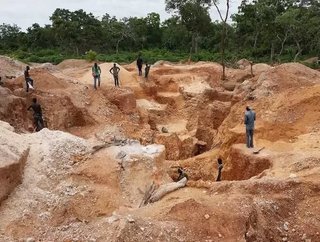 Nigeria’s government has licensed two gold refineries to produce the metal for export and for the central bank to hold in its reserves, the mines mini...

Nigeria’s government has licensed two gold refineries to produce the metal for export and for the central bank to hold in its reserves, the mines minister has revealed.

Minister of Mines and Steel Development Olamilekan Adegbite told reporters in the capital, Abuja, that licences had been issued and the central bank would be the main off-taker, holding some of the gold in its reserves.

“We have licensed two refineries in Nigeria. They will refine gold and of course produce bullion that the CBN [Central Bank of Nigeria] can buy at international prices,” he said.

He said one of the refineries was in Abuja, which is in the centre of the country, and the other is in the southwestern state of Ogun. Adegbite did not provide any further details.

The announcement is part of a pattern in Africa where until 2012 there were only a handful of gold refineries, but as many as 26 are now either operating or under construction across 14 countries to process metal produced by informal diggers, according to a Reuters survey of public reports.

Nigeria has largely untapped deposits of 44 minerals including gold, iron ore, coal, tin and zinc, in more than 500 locations. But most of the mining is artisanal and the absence of gold refineries means value typically has not been added in the supply chain.

The country’s first gold refining licence was issued in 2018 to local firm Kian Smith Trade & Co and the company has said it expects to begin operations in 2020, having failed to start last year.

Earlier this month, Adegbite said Nigeria expects its mining sector to grow to 3% of GDP within the next five years from just 0.3% currently as the government seeks to diversify Africa’s largest economy away from its reliance on crude oil sales.

Gold, lead, zinc, limestone and coal are among seven strategic minerals Nigeria has identified for investment.