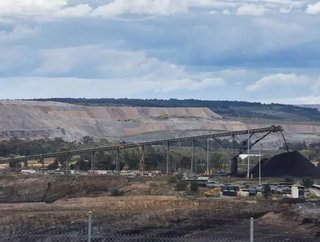 The global mining giant Rio Tinto has seemingly found a buyer for its Hunter Valley coalmines, despite stiff competition from other potential buyers. Y...

The global mining giant Rio Tinto has seemingly found a buyer for its Hunter Valley coalmines, despite stiff competition from other potential buyers.

Yancoal, one of Australia’s largest and leading coal miners, has been named by Rio Tinto as the favoured buyer of its wholly-owned subsidiary, Coal & Allied Industries.

This comes after the company also revealed that it had received a counter offer from fellow mining leaders Glencore.

Glencore had submitted a proposal to acquire Rio Tinto’s 100 per cent interest for $2.55 billion cash plus a coal price-linked royalty, with the cash comprising:

Yancoal has taken the lead following its promise to make a single payment for the assets of around $2.4bn which includes a coal price linked royalty.

Further details of the decision from Rio Tinto:

Rio Tinto chief executive J-S Jacques said “We believe Yancoal’s offer to purchase our thermal coal assets for $2.45 billion offers the best value and greater transaction certainty for shareholders. “Yancoal’s revised offer is the most attractive because it removes the deferred payment structure, can meet the timeline we have set for the transaction, and has given us certainty regarding the outstanding regulatory approvals required.

“The sale of Coal & Allied will create outstanding value for shareholders and is consistent with our strategy of simplifying our portfolio to ensure the most effective use of our capital”. Under the UK Listing Rules and ASX Listing Rules, the transaction with Yancoal requires the approval of Rio Tinto shareholders and accordingly, the Rio Tinto plc general meeting has been convened for 27 June 2017 and the Rio Tinto Limited general meeting has been convened for 29 June 2017. These meetings will go ahead as planned.”

The transaction is expected to be complete in the third quarter of 2017.