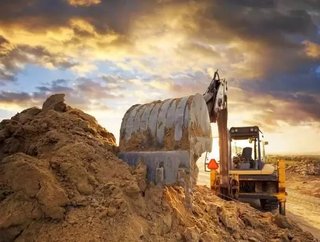 A major diversified company has announced its plans to sell off its Chinese mining machinery arm, as the company looks to focus on supplying the growing...

A major diversified company has announced its plans to sell off its Chinese mining machinery arm, as the company looks to focus on supplying the growing infrastructure boom in Australia.

The company that will acquire WesTrac China is Lei Shing Hong Machinery (LSHM) a major global retailer of Caterpillar products in Beijing and Shanghai.

The deal will reach a total consideration of A$540mn ($428mn) following approval from the Chinese government.

Ryan Stokes, Managing Director and CEO of SGH said: “The sale of WesTrac China will allow us to reallocate capital into other opportunities in Australia, including investment in our WesTrac Australia business.

“We are proud to have built a market leading position in North East China and we are confident that under the ownership of Lei Shing Hong Machinery – a major CAT dealer in China – our customers will continue to benefit from innovation and first-in-class service.”

“WesTrac China has been a strong performing business for SGH and this is the right time to realise the value of what we have achieved. It also demonstrates the success of the WesTrac China strategy under the leadership of Lawrence Luo with SGH’s support and capital backing over the past seventeen years.”

“SGH’s relationship with CAT remains one of our most important and enduring partnerships, and we continue to be strong supporters of their dealership model. We remain interested in any additional dealership opportunities with Caterpillar.”

Lawrence Poh Managing Director and CEO of LSHM said: “We are excited about the opportunities presented by this transaction to deliver and exceed customer expectations seamlessly across a larger footprint, consolidating our market leading presence in China.”