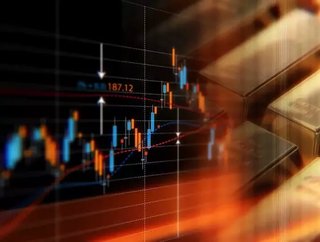 The World Gold Council expects key factors which drove gold in the second half of 2018 to continue to hold sway over the market in 2019. In his report...

The World Gold Council expects key factors which drove gold in the second half of 2018 to continue to hold sway over the market in 2019.

In his report the organisation’s Chief Market Strategist John Reade analysed 2018 and noted that the gold price generally trended down from mid-April, before reaching a plateau at $1,160 per ounce in August as the dollar strengthened.

The Federal Bank steadily ramped interest rates while other central banks kept policy accommodative. The US economy was boosted by President Trump’s tax cuts while bullish investor sentiment pushed US stocks higher. However, by October risk in emerging economies started to spill over to developed markets. Global stocks were sold off, led by US tech companies, resulting in short-covering in gold and its price rising comfortably above $1,200 per ounce.

Looking ahead to next year Reade commented: “Physical buyers, whether they are in China or India, which together make up half of consumer demand for gold, should be solid, bolstered by good growth in these two important economies. Technology demand, which has grown steadily over the last eight quarters, should continue to perform well as the world becomes ever-more connected digitally.

“Central banks, whose collective buying has been one of the standout positive surprises this year, are widely expected to continue to buy gold next year and it’s possible that additional central banks will join the list of buyers, as seen in 2018.  All of these sources of demand are not only relevant to gold’s performance next year, but also underpin its long-term performance.”

The report also stated the most important component for near-term price performance will be linked to the activity of investors - whether driven by strategic or tactical reasons. Reade said: “These investment flows, stemming primarily from the US and European markets and with China becoming increasingly important, will likely be driven by macro-economic factors such as perceptions of risk, and the direction of interest rates, as well as by momentum and positioning in the gold market - especially in the US.

“If US stocks recover from their current bout of weakness and if the economy continues to out-perform the other major economies, the dollar may remain strong and gold may struggle to push significantly higher. But if US growth slows, as the sugar rush from the tax-cuts passes or if trade wars or tighter monetary policy create further drag, then investors may continue to seek gold. Further, if the economic slowdown is rapid or if risk assets fall sharply, investment flows into gold could match those seen during the 2008-2009 financial crisis.”

Reade highlighted that while gold is currently trading at less than two-thirds of its all-time high, it’s now a very good time to consider the role of gold in a portfolio. He concluded: “As a high quality, liquid asset, with the potential to deliver strong returns, and as an effective diversifier that works particularly well when other assets fall sharply, gold is historically proven to enhance the long-term performance of investment portfolios.”