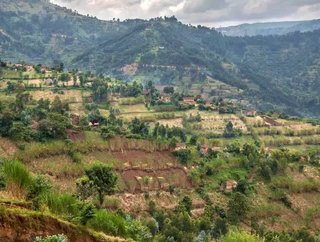 2018 looks set to be an incredible year for mining investment into Zimbabwe, as the country expects investment of more than $300 million into the sector...

2018 looks set to be an incredible year for mining investment into Zimbabwe, as the country expects investment of more than $300 million into the sector.

According to Reuters, the Mining Minister told an investor conference this week that through a refocus on coal and coking coal the country has attracted around $300 million of investment.

This is a notable increase, as the country expects coal output to reach in excess of 8 million tonnes throughout 2018 which is quadruple the recorded 2 million tonnes that were produced in 2017.

The news comes at a time of great confidence in Africa’s mining industry, described recently as a “brave new era” for mining.

Investors have gone as far as saying that 2018 represents the best mining prospects Africa has seen in over a decade, with political stability, recovering commodity prices and some of the best mineral deposit discoveries playing a crucial role in the continents growth.

Mining in 2018: Africa’s best mining prospects in over a decade

This was echoed at this year’s Mining Indaba.

“Encouraging signs at this years Indaba include more junior miners and explorers pitching exciting projects around Africa; these were thin on the ground in recent years,” said Andrew van Zyl, partner and principal consultant at SRK Consulting. “Significantly, however, we are also hearing more assertive calls for more cost-effective application mining investments – with greater collaboration and shared value among stakeholders.”

“Closer collaboration between parties can create a more conducive environment for mining in Africa, especially when the commodity is not a precious metal, and requires longer term and more diverse investments in infrastructure and in-country capacity,” he said. “Broader engagement will be essential going forward between governments and mining companies, and this responsibility cuts both ways.”