View Full Report
Masan Resources has successfully developed the largest tungsten mine in the world, shining the spotlight on Vietnam’s emerging mining space...

Looking across the global mining map, Canada, Australia and Africa dominate the conversation with regards to resource rich geographies and untapped potential. The mining industry is cyclical and that in turn forces companies to look for new resources and new opportunities in new and emerging markets. One such emerging market, is Vietnam.

Vietnam is a mining jurisdiction that is the very definition of untapped potential. With more than 5,000 deposits of more than 60 different types of metals, including 7% of the world’s reserves of bauxite, Vietnam could very well be a major mining market of the future.

In order to turn this possibility into reality, not only will it require investment but smart investment, leadership and a network of international partners to collaborate as part of a platform to drive this market.

This is exactly what Masan Resources strives to achieve. Through the acquisition of a controlling interest in Nui Phao Mining, Masan Resources has worked to significantly develop the Nui Phao Project – the world’s largest tungsten mine.

Overseeing this development is Craig Bradshaw, CEO of Masan Resources and General Director at Nui Phao.  Having worked on the project over the last seven years, under the previous CEO and succeeding him in 2015, Bradshaw has witnessed first-hand just how much potential both Vietnam and the mine itself has to dictate the global mining market.

“We’re the world’s largest tungsten mine, up there as one of the leading fluorspar mines in the world as well as being the largest bismuth mine in the world too,” he says. “But Vietnam has so much untapped potential in terms of people too with quality of life, education and infrastructure all improving.

“When you combine the resource potential with the human workforce potential, you really begin to recognise how close Vietnam is to changing the mining conversation in the world.”

The project produces around 3.5 to 3.8mn tonnes of ore per year, including tungsten, bismuth, fluorspar and small amounts of copper and gold. Bradshaw notes that the challenge then becomes one of processing those different minerals, both effectively and efficiently.

“It really is a challenge in being able to process those minerals and extract them at different stages of the process,” says Bradshaw. “I’d argue it’s probably more challenging here than at any other mine in the world, given the nature of the minerals.”

Alas, Bradshaw points to considerable success that he has overseen at the project in recent years. In 2017, Masan Resources reported a record year for production across all of its commodities, with a 5.7% increase year on year with tungsten, copper and acid grade fluorspar production increasing 13.3%, 8.5% and 7.6% respectively.

But what does Bradshaw attribute this success to? For him it is simple: it is the people and the team that he has amassed over time.

“The difference between good companies and bad companies are the people that they have and the skills that they are allowed to bring into problem solving,” he says. “When you look at the challenge we face, it’s a challenge made up of different techniques, different sciences and processes. It’s a good challenge, but how do you solve it?”

Masan Resources solves this problem through a truly collaborative approach. Bradshaw believes that no one in the mining industry will come into a business and solve a problem with the “perfect background” rather he looks at attracting and pooling people together that can bring different approaches and different viewpoints to a problem.

“Collectively then, it is just about looking at a problem or a challenge through different angles,” he says. “They bring different core competencies, different backgrounds and experiences, they approach it differently and this creates real collaborative effect.”

This collaborative approach starts at the recruitment level. The mining industry, through its labour intensive nature, is often one that is plagued by skills shortages or a general lack of workers out there looking to embark on a career in mining.

This is where other companies turn towards recruitment agencies or mining service providers, but Bradshaw approaches this a little differently.

“When we are trying to build a company and recruit people, we don’t just go and seek out specific agencies for each specific area of work in mining,” he says. “Sure, we got people who had experience across different metals and different processes but for me what’s key is their mindset.”

“They can have the best knowledge of tungsten or fluorspar, but they need the right mindset and work ethic. That’s what makes us unique, we have a group of people with all their different experiences but they come to work and they challenge each other. That’s a work ethic we strive for and is what ultimately leads us to success.”

As the world’s largest tungsten mine, the Nui Phao will both influence and be influenced by the market demand. With its uses in cutting tool technologies used in the aerospace, defence and automotive industries, tungsten is a key mineral now more than ever before.

Bradshaw recognises this responsibility to be able to supply the market and understands the key role that Masan Resources can play in building the capabilities of Vietnam’s mining industry to answer to the demand.

This is where Masan Resources’ strategy of acquiring assets across Vietnam will prove key. Bradshaw believes that as the company looks to the future, it will look to benchmark the industry through the Nui Phao mine.

Nui Phao is the first mine in Vietnam to operate to international standards. That in itself is no small feat and it is a feat that Bradshaw feels will continue to define the future growth of Masan Resources.

“There is real opportunity across Vietnam,” he says. “We are looking to acquire new assets and replicate what we’ve done with Nui Phao, not just in tungsten but in other resources.

“We’ve been successful in developing the mine and so the future for us is to be the number one producers of tungsten in the world, or within the top three. There’s no reason we can’t be based on how successful we’ve been with our current portfolio.”

The mining industry is cyclical and one of the biggest challenges in the world, be it gold, copper or tungsten, is that supply may one day meet the current demand but it will inevitably fall into a deficit. Bradshaw is all too aware of this and points to the Vietnam accounting for approximately 40% of the world’s supply of tungsten presenting an opportunity for the company to play a key role in the future of this market.

“We’re independent from other producers,” he says. “The rest of the world is in a deficit as the likes of China rely on tungsten for its industrial sector.

“Masan Resources is the number one primary TC producer Ex-China, with 36% of the non-China market, and we have clear operational plans to become the largest producer and supplier of tungsten chemicals globally.”

“I hope Vietnam can be proud of Masan Resources’ ambition and ability to be a dominant player in a global industrial sector. We embody the “Vietnam can do” spirit, and we are strongly positioned not only to significantly increase shareholder value, but more importantly, to enhance social economic value as a representative of Vietnam globally.” 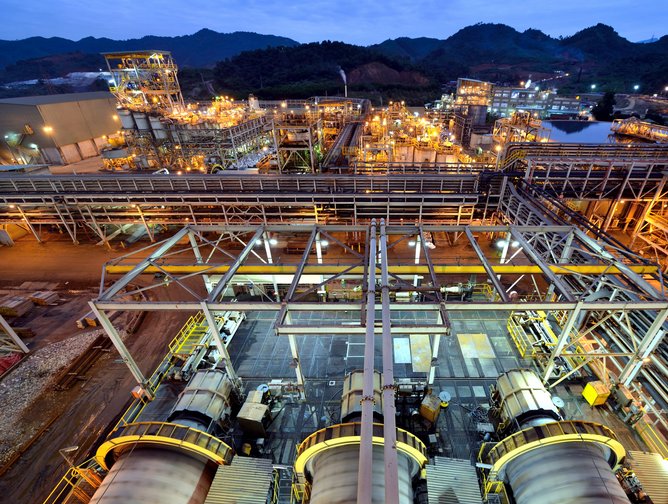 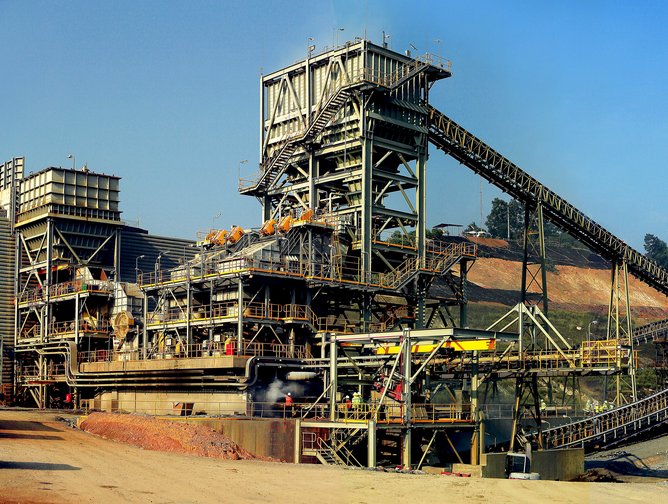 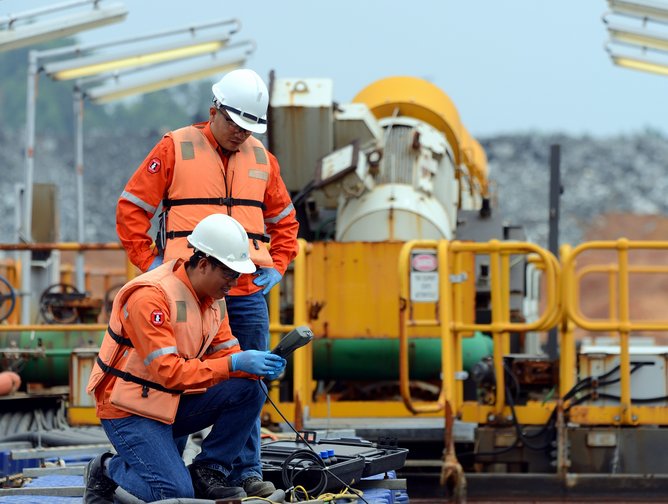 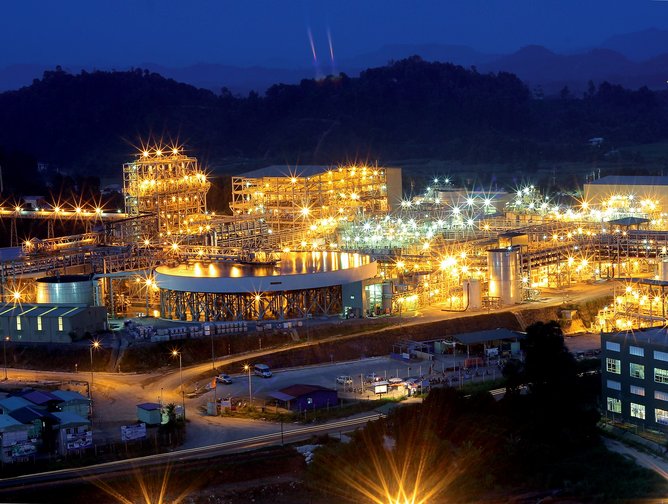 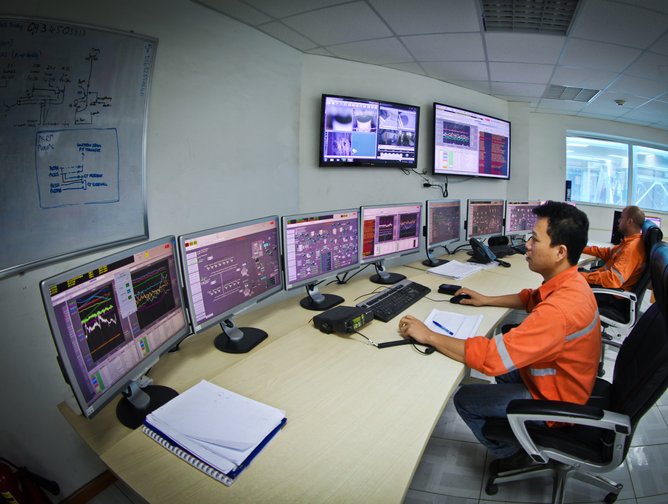 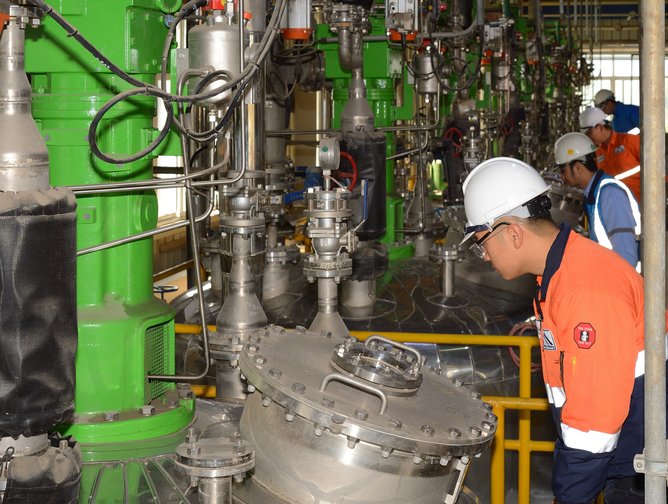