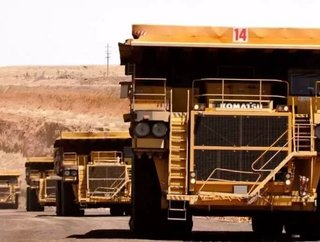 The worlds future largest coal mine will be supplied by Komatsu mining trucks.Adani Mining, the company behind the $16.5 billion Carmichael coal project...

The world’s future largest coal mine will be supplied by Komatsu mining trucks.

Adani Mining, the company behind the $16.5 billion Carmichael coal project in Australia, has awarded equipment manufacturer Komatsu Ltd with an order for 55 units of 960E-2 and 930E-4SE super-large dump trucks. The deal will see Komatsu deliver the vehicles in the second half of 2016 for use at its coal mine in Queensland, Australia.

Adani Australia COO Samir Vora said: “An integral component of the success of the mine will be using the most innovative, efficient, reliable and cost-effective equipment. In partnering with Komatsu, we are confident that we have chosen the right solution."

Located in the Galilee Basin of Queensland, the Carmichael coal project is a part of Adani’s vision to implement the world’s first fully autonomous mining operation comprised of mine, railway and port. The mine is expected to produce 60 million tons of coal per year with an estimated operating life of approximately 90 years.

Earlier this year Adani Mining CEO Jeyakumar Janakaraj hinted at what the company would need in terms of mining trucks.

“We will be utilizing at least 45, 400-ton driverless trucks. All the vehicles will be capable of automation. When we ramp up the mine, everything will be autonomous from mine to port.”

The deal with Komatsu appears to be one of the last remaining pieces for the project. Adani has already secured contracts with Downer EDI for mining services and construction of mine infrastructure, and POSCO for the engineering, procurement and construction of the rail.

Adani is expected to complete contracts for the coal handling plant and mine construction later this year.