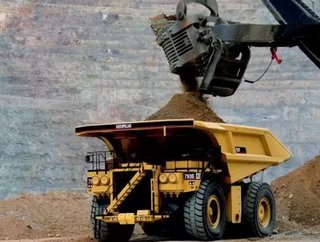 As Rio Tinto and BHP move forward with automated machinery, we examine the top driverless trucks and which future ideas could potentially bolster the in...

As Rio Tinto and BHP move forward with automated machinery, we examine the top driverless trucks and which future ideas could potentially bolster the industry

The mining industry has grown quite a bit in the last few years. The increasingly unstable markets have caused companies to start thinking outside the box for new ways of increasing productivity while also decreasing costs.

One of the latest advances has been the launch of driverless trucks. The ingenious idea, which almost seems straight out of a George Luca film, has been largely put into action by mega mining companies Rio Tinto and BHP Billiton. The move has the potential to cut operational costs tremendously while simultaneously increasing productivity and mine-site safety.

The real story behind driverless vehicles is the technology. It utilizes a combination of sensors such as radar and GPS to navigate the vehicle around a pre-defined course from loading units to dump locations, including waste dumps, stockpiles and crushers.

The technology for Rio’s driverless trucks is called Autonomous Haulage System (AHS), a comprehensive fleet management system. The trucks are operated and controlled via supervisory computer that collects and directs information on target course. The speed of the trucks is sent wirelessly from the supervisory computer to the trucks, while the GPS provides their position.

BHP Billiton is also involved in the race for automation. The company has been working with Caterpillar since 2007 to produce its own autonomous driver technology and has recently been testing Caterpillar’s 240-ton vehicle, marketed under the Cat MineStar trademark, at its Jimblebar iron ore mine in Western Australia.

"It has a GPS and a number of scanners on the front of the machine, and a number of sensors on the machine itself," said Tim Day, general manager of BHP’s Jimblebar mine."In between all of those, it can sense where it's going around site. To tell it where to go, we have a map of the mine site, which in effect can tell the machine which lanes it can physically go on-site."

So far, the benefits of driverless technology are remarkable. The unmanned trucks can streamline the rigorous procedures mining can take, running 24 hours a day, seven days a week with no breaks or shift changes.

According to a professor from the University of British Columbia, the benefits of driverless technology include 15-20 percent increase in output, 10-15 percent decrease in fuel consumption, and an eight percent lowering in maintenance.

The driverless robotic trucks have been met with huge success, now spanning across three different mines. In April, Rio Tinto CEO Sam Walsh said its fleet had “moved more than 150 million tons of material.” -- up from 100 million tons a year ago.

"To put this in perspective, this would amount to filling Wembley Stadium approximately 80 times," Walsh said.

Rio plans to add an additional 150 units of the 930E FrontRunner, each capable of carrying more than 300 tones, over the next four years. Komatsu is working with General Electric to produce the engine and other next-generation mining equipment.

In addition to productivity, unmanned vehicles provide a wealth of safety additions.

BHP Announced earlier this year it would be expanding a second circuit at the Jimblebar mine, increasing the fleet to six trucks. In the announcement, BHP cited safety as one of the biggest drivers behind the trial’s expansion.

"The use of autonomous haul trucks has the potential to introduce safety benefits by removing people from potentially hazardous environments; increasing the predictability and productivity of haulage operations, providing new employment and training opportunities for our people and reducing the labour intensity of future mining operations,” the announcement said.

With the use of driverless trucks, operations become more predictable for mining companies, helping to remove the human error and fatigue possibility. Fewer mistakes mean greater reduction in employee risk.

According to Tim Day of BHP Billiton, the motive for driverless trucks is straightforward. “The single biggest reason is safety.”

“On a mine site, one of the issues we have is that we expose operators to machinery for long periods of time. We have fatigue issues, so it takes our people away from the front line.”

The implementation of newer technology won’t stop with driverless trucks. Mining companies have already been linked with other technological advances.

The innovation isn’t stopping there. In 2008, Rio Tinto also launched its Autonomous drill systems at its West Angelas mine. The drills have rock-recognition capabilities and will be rolled out into operations in the next few years. The idea of automation isn’t a new one but companies are beginning to jump on the trend and make the investment.

According to the country’s Bureau of Statistics, Australia spends about $3.7 billion a year on research and development. Rio Tinto alone spent $370 million on its technology and innovation unit in 2013.

"These types of incremental improvements have a direct impact on the bottom line, and help us power our operational performance," Walsh said. "While … initiatives may not sound considerable in isolation, together they all make a substantial difference."

This trend towards technology could very well be the starting point to a revitalized mining industry actually using inventions for production. The wave of integration could lead companies into the next chapter of mining with fully-automated mines.