From the courage of astronaut Neil Armstrong to the vision of Martin Luther King, Uusitalo pays tribute to the world’s great leaders in his art collection

Leaders who have shaped history are included in a unique art collection owned by Mikko Uusitalo, CEO of Edzcom.

The courage of astronaut Neil Armstrong, vision of Martin Luther King and powers of communication of former President Bill Clinton are all celebrated in the collection which was commissioned by Uusitalo.

The CEO who is bringing edge connectivity to Europe following the acquisition of Edzcom by Cellnex says that as an art lover he commissioned the eight works of art to mark the global leaders he admires.

“I had an artist paint some of the leaders I admire. They include Martin Luther King who strikes me as somebody who was very good at leading adversity and believing what he was doing. Bill Clinton who was very charismatic and not always cited as the best example of a leader but was very strong at communicating and getting his points across. I think he was a phenomenal President.

“Neil Armstrong was courageous and totally committed to his goal of being the first man to land on the moon,” said Uusitalo who points out that good leadership is one of the most important elements of running a successful business.

“We had a professor at the Harvard Kennedy School of Government when I was studying at MIT, called Ronald Heifetz who taught a two-week course about leadership. There was an amazing amount of learning that one could do by listening and being open to other people sharing their experiences.”

Former lawyer Uusitalo is now focused on the growth of his European company Edzcom following its acquisition by Cellnex in 2020 after seven years building it up from its roots in Finland.

“I think the engagement and merger with Cellnex was one of the biggest achievements in my career,” said Uusitalo. “Having spent all those years building something with the team from nothing and then finding the right partner with an aligned vision and capability to support our growth aspirations was very rewarding. We are now able to develop and accelerate that together as part of Cellnex and that will be very good for our customers.”

Leading people by objectives is how Uusitalo describes his own leadership style as he likes to set targets and find the best people to execute those goals. “As a leader I support them on the journey, making sure they have the tools that are needed to reach the targets and then rewarding them for reaching those targets.”

On the subject of financial stakeholders Uusitalo cites trust as the most important element. “Integrity and trust is the key when it comes to investors and no surprises if possible.”

Prior to founding Edzcom Uusitalo was with HP in France and Switzerland. “I'm actually a lawyer by training. I worked for about eight years as a legal counsel in different companies from Canon in Amsterdam and HP.

He left HP to start Edzcom. “I have actually been building it up ever since until we merged with Cellnex last summer. I've also studied in the US at MIT where I did an MBA in between the times.” 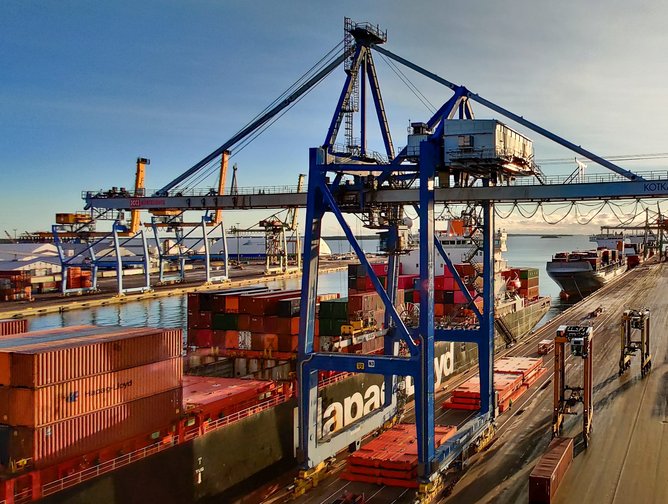 Calibre Mining’s VP of Sustainability, Petri Salopera, divulges how the company works with partners to ensure compliance with its ESG initiatives…

There is a lot of live streaming of data coming from the mines and that data is analysed by data scientists.
Arun Misra
CEO & Whole Time Director, Hindustan Zinc Moritz Kerler, Chief Executive Officer of Quarry Mining discusses how he founded the company and the obstacles he has overcome to get there… Calibre Mining’s VP of Sustainability, Petri Salopera, divulges how the company works with partners to ensure compliance with its ESG initiatives…

Moritz Kerler, Chief Executive Officer of Quarry Mining discusses how he founded the company and the obstacles he has overcome to get there…