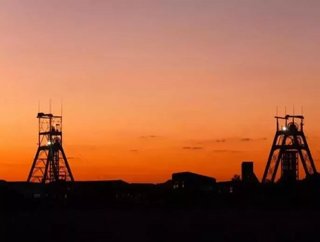 There is an urgent need to refill the mining project pipeline of African countries with early stage exploration projects of all shapes and sizes. Those...

There is an urgent need to refill the mining project pipeline of African countries with early stage exploration projects of all shapes and sizes.

Those are the words of Martin Potts, Director of Mining Research at finnCap as he released his latest research notes looking at the rankings of the various countries in Africa that have a significant exposure to mining.

In the notes, finnCap takes a look at the 25 (roughly) countries in Africa that host significant operating mines or have advanced exploration projects. The report looks at the Transparency International corruption ranking, but modifies it for geological potential and then current security risk.

So, who ranks where?

Turn the scale upside down and the bottom five countries are Eritrea, Kenya, Zimbabwe, Guniea and Angola. Once again, to look at some of the most notable names across those countries – Avocet (Tri-K gold project) in Guinea, ASA Resource Group (Freda Rebecca gold mine and Bindura nickel mine) and Caledonian (Blanket gold mine) in Zimbabwe and Base Resources (Kwale mineral sands mine in Kenya.

“Looking at these results, it appears that the Canadians value geology highly, whereas the reality is that for investors the ability to successfully operate a mine in any particular country depends much more on the degree of corruption and insecurity,” says Potts.

The underlying question for investors is the risk/reward balance. Does outstanding geology beat corruption and security issues including but not limited to the threat of the radical Muslim insurgencies? This mostly comes down to the quality of company management and their in-country experience. Interestingly, many of the higher scoring countries were once part of the British Empire.”