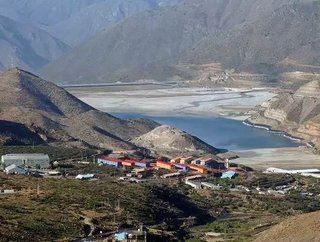 Chilean miner Antofagasta has reported a near 22% rise in copper output during Q2, boosted by the expansion of its flagship Los Pelambres mine in centra...

Chilean miner Antofagasta has reported a near 22% rise in copper output during Q2, boosted by the expansion of its flagship Los Pelambres mine in central Chile.

Antofagasta CEO Iván Arriagada commented: “Copper production was strong during the quarter and together with our rigorous control of costs this has reduced our unit costs. Second quarter copper production stood at 198,600 tonnes, 5.3% higher than the previous quarter and, as expected, grades increased, particularly at Centinela Concentrates.

“Our disciplined approach to costs, coupled with higher copper production, a weaker Chilean peso and higher by-product credits allowed us to achieve net cash costs of $1.14/lb, an 8.1% reduction from the previous quarter. Our priorities for the year remain our safety performance, and sustaining the strong momentum on operational reliability and efficiency, while also progressing the Los Pelambres expansion project.

“We maintain our production guidance for the full year at 750-790,000 tonnes and net cash cost guidance for the year is now expected to be $1.25/lb, 5c/lb less than guided at the beginning of the year.”

Los Pelambres produced 91,200 tonnes of copper in Q2 2019, 2.2% higher than in the previous quarter as copper grades and recoveries increased, partially offset by lower average throughput due to scheduled maintenance.