BHP Billiton to invest $2.46bn to increase life of Spence copper mine 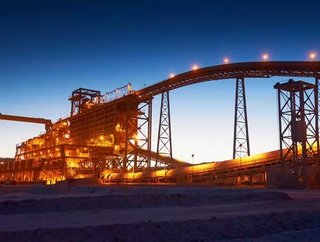 BHP Billiton has announced major plans to extend the life of its Chile copper operations through significant investment. The company has confirmed that...

BHP Billiton has announced major plans to extend the life of its Chile copper operations through significant investment.

The company has confirmed that it will commit up to $2.46bn to extend the life of mine at the Spence coppern mine in Northern Chile, by more than 50 years.

“Execution of the Spence Growth Option will create long-term value for shareholders in one of our preferred commodities. The project significantly extends the life of our Spence operation and unlocks the potential of the large, quality resource.”

“SGO has been extensively studied and we have made significant improvements to project cost and design so that it is able to compete in our portfolio of attractive development options.”

The current copper cathode stream will continue until the 2025 financial year. The project will convert 1.3 Bt1 of Measured and Indicated Mineral Resources to hypogene sulphide Ore Reserves.

SGO was “rigorously evaluated” using BHP’s Capital Allocation Framework and, has an expected internal rate of return of 16% and an expected payback period of 4.5 years from first production.

The SGO project will create up to 5,000 jobs during the construction phase. The project includes the design, engineering and construction of a conventional large-scale sulphide concentrator for both copper and molybdenum with a 95 ktpd nominal ore throughput capacity.