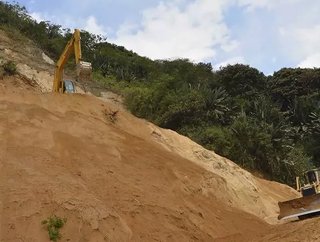 Chile’s Codelco, the world’s biggest copper producer, is set to agree a long-awaited deal with Ecuador’s Enami EP to develop the Llurimagua copper...

Codelco and Enami began working on the jointly-owned copper project, located in the Imbabura Province 80 km northeast of Ecuador's capital, Quito, back in 2015. In the advanced exploration stage, the 982-million-tonne site would become the first mine Codelco operates abroad.

According to reports from local newspaper La Tercera, Chile’s mining minister Baldo Prokurica has stated: "We are in the final stages and we hope that with the visit of the Ecuadorian president to Chile, he will be part of the signing of the agreements.”

Ecuador's state-owned miner Enami EP owns a 51% stake in Llurimagua and Codelco 49%. The project has faced continued resistance from local communities due to environmental concerns.

However, Ecuador is being courted by copper prospectors as the Andian country aims to more than double the value of mining to its economy by 2021. It expects mining exports to rise over the next two years to $3.66 billion, up from $270m in 2018.

Ecuador’s Deputy Mining Minister Fernando Benalcazar has stated: “Ecuador’s economic future is based in mining. We’re not a potential destination anymore, we’re the country where any large-scale mining company needs to be."