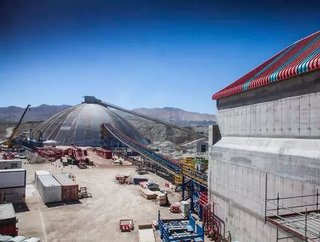 Codelco, chile’s state-owned miner and the world’s number one copper producer, has begun underground operations at the century-old Chuquicamata mine...

Codelco, chile’s state-owned miner and the world’s number one copper producer, has begun underground operations at the century-old Chuquicamata mine ahead of schedule.

Ore is being initially extracted by truck before starting commercial production, in the second half of the year. By then, a conveyor belt will carry rock to the concentrator plant, 14 km away.

Chuquicamata general manager, Mauricio Barraza, said the commencement of mining underground was a “symbolic milestone” in the transformation of the mine, Codelco’s second largest.

Global copper demand to rise in 2019

The $5.6bn switch to underground cave mining from open pit, part of Codelco’s 10-year, $39 billion-overhaul of its core assets, is expected to extend Chuquicamata’s life by a minimum of 40 years. It will allow the copper market leader to keep production rates in the ascendancy, despite deteriorating ore grades and ramping costs at its operations.

Annual production from Chuquicamata, after it has fully transitioned to underground extraction, is projected to be 320,000 tonnes of fine copper and 15,000 tonnes of molybdenum.

Codelco holds vast copper deposits, accounting for 10% of the world's known proven and probable reserves and around 11% of the global annual copper output with 1.8 million metric tonnes of production.