Could the U.S. send mining operations to the moon? 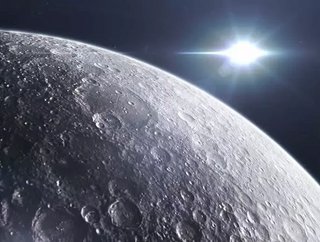 The Trump administration is reportedly in the process of drafting legal blueprints for mining on the moon, under a sponsored international agreement tit...

The Trump administration is reportedly in the process of drafting legal blueprints for mining on the moon, under a sponsored international agreement titled the Artemis Accords.

This could accelerate NASA’s plans to see humanity and space stations active on the moon in the next decade, as the space agency becomes increasingly prominent in the implementation of U.S. foreign policy.

Whilst the drafted agreement has not yet been formally shared with allies of the United States, the moon has been seen as an increasingly important strategic asset in recent years. Long-term scientific research would be enabled by improved access to the moon, with future missions reaching as far as Mars being discussed.

The blueprints, named after NASA’s new Artemis moon programme, has suggested “safety zones” surrounding the potential moon bases from interference from rival companies and countries operating in close proximity to the owners.

The Artemis Accords also reportedly aim to build a framework for companies to own the resources they would mine. U.S. officials will formally open negotiations with space partners such as Canada, Japan, the UAE and a host of European countries. These talks will be held with countries that the government deems “like-minded” in regards to lunar mining.

However, after the Pentagon has reportedly viewed Russia as hostile in recent times for its potentially threatening moves towards United States-owned satellites in orbit, the country is not currently set to be an early partner in the discussions and following accords.

The decision to reach out to and collaborate with “like-minded” countries are part of the government’s strategy to forgo the United Nation’s treaty process, reaching agreements instead. This is due to the length of time it takes to complete the treaty process, and also because it would reportedly be unproductive to work with non-spacefaring states.

NASA, as it grows increasingly involved in diplomacy in America, is invested billions of dollars into the Artemis project. The idea is to build a sustainable presence on the moon, enabling companies and countries to begin mining operations on lunar rocks and subsurface water, which could potentially be converted into rocket fuel.

Whilst the U.S. ruled in 2015 that any resources mined in outer space belong to the company that mined them, no laws currently exist to enforce this internationally. An agreement must be made to cover this before the next steps are taken to advance the project.