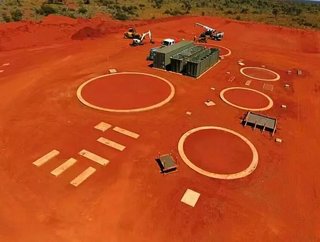 Downer EDI has been awarded a $400mn contract to provide mining services to a Western Australian gold mine. Under a five-year deal, Downer will provide...

Downer EDI has been awarded a $400mn contract to provide mining services to a Western Australian gold mine.

Under a five-year deal, Downer will provide mining services at the Gold Resources and Gold Fields-owned Gruyere Gold project in Western Australia.

This will include work on construction of infrastructure, such as roads and stockpiles, drilling, loading and haulage of ore and waster, run of mine feed and technical services.

Downer will begin construction in the second quarter of 2018, employing around 170 people as the project targets a mining production date for the fourth quarter of the calendar year.

Chief executive Grant Fenn said the contract will build on Downer's operations in Western Australia, which included work at the Sunrise Dam gold mine and the Roy Hill, Cape Preston and Karara iron ore mines.

"Downer is very pleased to have been awarded this contract and we look forward to working closely with the Gruyere Gold Project team to help them develop this new mine safely and successfully," Mr Fenn said.

“Downer was selected as the preferred Business Partner for the Project as they led in all facets of the key criteria set for the award of the mining contract.   We are looking forward to Downer joining the Gruyere team as a key Business Partner and contributing to the future success of the Project.”

The Gruyere Mineral Resource has since grown to 148 million tonnes grading 1.3 grams per tonne for 6.2 million ounces of contained gold, making it one of the largest undeveloped gold deposits in Australia.