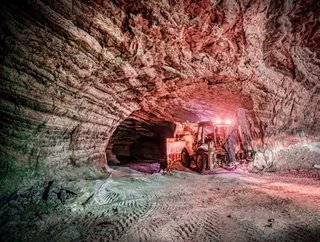 Mopani Copper Mines (MCM), the Zambian subsidiary of Glencore, will be resuming mining operations for 90 days, and will be placed on care and maintenanc...

Mopani Copper Mines (MCM), the Zambian subsidiary of Glencore, will be resuming mining operations for 90 days, and will be placed on care and maintenance once the 90-day period is up.

The company will remain in discussions with the Zambian government throughout this period as it looks for potential solutions to its current challenges. The company’s statement, released on Sunday, came following constructive talks with Zambian officials.

Initial plans to place Mopani Copper under care and maintenance measures were met with backlash from the government, threatening the company with revoked mining licenses due to a failure to provide a reasonable notice period. The company also allegedly broke labour laws in the country by making workers opt for forced leave whilst ending contracts of mining supplies and services.

Mopani was forecast to produce between 50,000 and 70,000 tons of copper this year, but the outbreak of the COVID-19 pandemic and decline in the price of copper led to Glencore’s decision to disrupt production. International mobility, transportation and supply chain disruptions have all contributed to Mopani’s situation.

MCM has placed the health and safety of its staff and the surrounding communities as its top priority in its decision making. The company will remain in contact and engage regularly with its employees and relevant contractors, whilst also staying in touch with the local communities. Operations will not restart without the correct consultations taking place between all of these groups.

The closure would potentially affect approximately 11,000 workers, however, these employees would all continue to be paid and receive staff benefits, according to Glencore. The talks between Mopani and the Zambian government will be used to discuss how officials can work with companies to improve the mining sector. Import duties have already been introduced on certain goods that negatively impact copper producers in the country.

Operations originally shut down for Mopani on April 8th, although it continued to process materials it had on-site at its smelter and refinery. A number of projects have been placed on indefinite hold, with key personnel unable to travel and complete commissioning.

Glencore will be cutting capital expenditure by between $1bn and $1.5bn, in a bid to lessen the impact of COVID-19 across its assets. A number of Glencore assets around the world have also seen production curtailed, with the disruption being felt around the world.