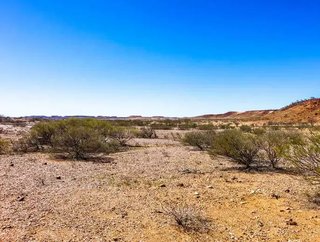 Greatland Gold, a precious and base metal explorer listed on the London stock exchange, has announced that the company has submitted an application for...

Greatland Gold, a precious and base metal explorer listed on the London stock exchange, has announced that the company has submitted an application for a major cobalt exploration property in the Pilbara Region of Northern Western Australia.

The Panorama Cobalt Project will be covered by two adjoining exploration licences over 130 square kilometres in the Pilbara Region, described by the company as “potentially the largest coherent cobalt streams anomaly in Western Australia.”

Greatland Gold looks set to capitalise on the predicted future growth in the demand for electric cars, renewable energy storage and portable devices such as smart phones and laptops that will see a “dramatic acceleration” in global consumption of cobalt.

In September 2016, the CRU Group, a commodities research and consultancy firm, estimated that global consumption for refined cobalt is set to reach 100,000 tonnes in 2017 and that demand for cobalt will grow at an average rate of 5% per annum for the next 10 years.

“Cobalt is a vital component in many of the new technologies that are set to reshape the future of the global energy market. Half of the current global supply of cobalt comes from the Democratic Republic of Congo (DRC) in Africa and cobalt projects with the ability to scale to meet future global demands are rare, particularly in safe jurisdictions such as Australia,” said Gervaise Heddle, Chief Executive Officer.

“We believe that the Panorama Cobalt Project is highly prospective for a large, near surface deposit in an area that has been almost completely ignored by mineral explorers for cobalt for the past forty years. I would like to offer my sincere thanks to Greatland’s technical team for their excellent work in identifying, what we believe, could be a considerable opportunity.”

A systematic stream sediment sampling programme was completed over the broader Pilbara Region by Anglo American Corporation in the early 1970s, which consistently returned over 50ppm cobalt, peaking at over 70ppm cobalt. This lead to the company dubbing the area covered by the anomalous cobalt as potentially the largest coherent cobalt in streams anomaly in Western Australia.

Further work on the project will include a review of airborne aeromagnetics and integration of geological and geochemical data. Resultant targets will be subject to geological reconnaissance, soil sampling and rock chip sampling during Q3 2017.

The addition of these licences is in line with the Company’s strategy to assess precious and strategic metal opportunities.