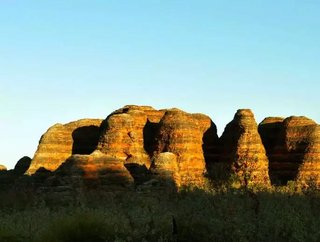 One of the largest diversified mining, development and exploration company’s in Australia has officially launched a flagship nickel-copper-cobalt oper...

One of the largest diversified mining, development and exploration company’s in Australia has officially launched a flagship nickel-copper-cobalt operation.

Independence Group (IGO) has opened its Nova operation, located in the Fraser Range, Western Australia, which has the potential to become the lowest-cost nickel mine in all of Australia.

IGO became the owner of Nova in September 2015, following the acquisition of Sirius Resources.

Project development commenced in January 2015 followed by underground mining in May 2015. First ore concentrate was achieved in October 2016 and commercial production declared in July 2017. Nova is currently ramping up to full nameplate capacity of approximately 125,000 tonnes (t) per month

Peter Bradford, Managing Director and CEO of IGO, said it was an outstanding achievement that Nova reached commercial production only five years after its discovery and is expected to reach nameplate capacity twelve months earlier than expected in the bankable feasibility study – a feat made possible only by the quality of the project and the quality of the teams involved.

“Today, Nova is our flagship asset and represents the type of operation that IGO wants in its portfolio – a quality asset that is high margin, with scale and a long mining life, which anchors our presence in the Fraser Range where we are actively exploring to find the next Nova,” Mr Bradford added.