A Look at Baffinland's Plan for its Newest Iron Ore Mine 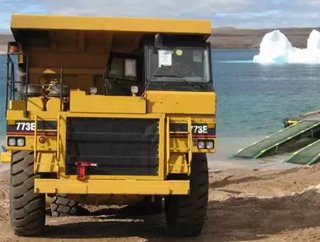 Baffinlands Mary River Mine project is set to begin the first phase of ore extraction this summer, upon the commission of open water season in 2015. Con...

Baffinland’s Mary River Mine project is set to begin the first phase of ore extraction this summer, upon the commission of open water season in 2015. Containing approximately 365 million tonnes of high-grade, direct ship, lump and fine iron ore, the property’s 365 tonnes of material can be mined, crushed, and screened with no other processing or tailings required.

Using approximately 55 ships during open water season, Baffinland is estimating to ship 3.5 million tonnes of ore per year though Milne Inlet, using its vessels to carry between 70,000 to 90,000 tonnes, in addition to sealift supplies and fuel. The company plans to use the open water season to its advantage by constructing its own dock, which will carry the ore on to the ships for transport.

Recently gaining approval from Minister of Aboriginal Affairs and Northern Development Bernard Valcourt last week, Baffinland’s Mary River project has adhered to advice from the Nunavut Impact Review Board and is excited to break ground early next year. Located in Canada’s undeveloped northern wilderness, the mine is situated on North Baffin Island in Qilqtani Region of Nunavut, and is said to be one of the world’s largest and richest undeveloped iron ore project in the world. This project will embrace construction, operation closure and reclamation of an open pit mine, and is estimated to produce between 18 and 30 million tonnes of ore per year.

Greg Missal, vice-president of corporate affairs with Baffinland, said the company was pleased with the final terms and conditions imposed on the mine and will start mining iron ore at the site this summer or fall. He commented, “It’ll start to be trucked up to Milne Inlet and it’ll be ready to be loaded onto ships during the open water season of 2015.”

In addition to the company’s success with the Mary River Project, Baffinland was awarded the 2014 Canadian North Nunavut Mining Award recognizing their contributions to the mining, exploration, social development of the Nunavut region.

“The Mary River Project has the ability to greatly contribute to the development of infrastructure, skills training, and employment and business opportunities for the people of Nunavut,” said Tom. “The success of the project, however, relies on the cooperation of all stakeholders, working together to achieve mutual benefits from the ground up.”

The Mary River Project will provide unprecedented increases in own-source revenues to the Government of Nunavut and to Inuit birthright corporations Nunavut Tunngavik inc. and the Nunavut Planning Commission’s board planning principals, policies and goals, as well as the Nunavut Exploration and Mining Strategy. In addition to economic benefits, the company is taking extra care to replenish its mining environment and respecting the lives of those living within the natural wonders of the Arctic Circle. With a total of nine iron ore deposits, the life of the Mary River Project mine is expected to be more than 20 years for the first deposit alone.