Is Mick Davis in talks with Rio Tinto to acquire their Australian coal assets? 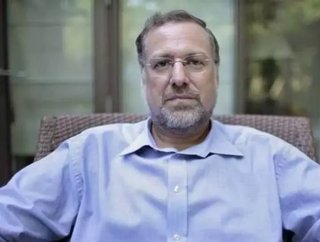 The mining industry’s rumor mill is swirling this week as Former Xstrata  boss Mick Davis, who now operates mining investment group X2 Resources, is rumored to be in serious talks to purchase some of Rio Tinto’s coal assets in Australia.

Although still in the very early stages, the multibillion-dollar deal has generated solid interest from both sides.

The Australian Financial Review reported that Rio Tinto is open to exiting thermal coal, or selling down its portfolio of assets, if a decent offer comes their way. The company is reportedly hoping to collect more than $3.9 billion from the sale of its Hunter Valley coal business.

"I don't think Rio are wedded to these assets and if they get the right valuation for them I'm sure they would consider divesting," said Michelle Lopez, senior investment manager at Aberdeen Asset Management.

"Both possible acquirers [X2 and Glencore] are opportunistic, so the question becomes what's an appropriate valuation given these are long-life, scalable assets, but the coal price is unlikely to see much upside over the medium term."

The deal for Davis and X2 makes sense as coal and copper are on the top of the company’s wish-list, however, there may be roadblocks as Glencore is also rumored to be interested in acquiring Rio’s coal assets.

The Hunter Valley coal mine is right next door to Glencore’s coal business and the Swiss company tried to strike a deal for the coal mines with Rio Tinto a year ago as merging these mines with nearby coal assets owned by Glencore would lower the cost of production.

According to sources, Glencore is prepared to put $1.5-$2 billion on the table to acquire the assets while X2 is likely willing to dish upwards of $3 billion.

If Rio Tinto follows through and sells it thermal coal assets in New South Wales, it will be the biggest divesture by the company under CEO Sam Walsh.

With a war chest of more than $5.6 million, Davis is still looking to acquire his first assets for X2. Earlier this month, the company was in the bidding race to purchase Barrick Gold’s Zaldivar copper mine in Chile. Unfortunately, the company was outbid in the first round of the sale process.