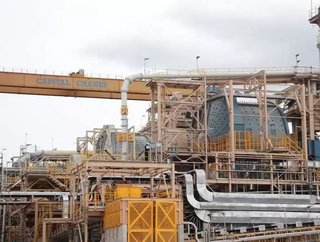 Newmont Goldcorp todayannounced that the Ahafo Mill Expansion in Ghana achieved commercial production, on schedule and within budget for approximately...

Newmont Goldcorp today announced that the Ahafo Mill Expansion in Ghana achieved commercial production, on schedule and within budget for approximately $175mn.

Combined with the Subika Underground, which was successfully completed in November 2018, the mill expansion is expected to increase Ahafo’s average annual gold production to between 550,000 and 650,000 ounces per year through 2024, while lowering life-of-mine processing costs.

“The Ahafo Mill Expansion represents our third profitable project delivered on schedule and within budget in 2019, along with the Tanami Power project in Australia and the Borden mine in Canada,” said Tom Palmer, President and Chief Executive Officer.

“The mill expansion is expected to generate an internal rate of return of more than 20 percent at a $1,200 gold price, while also extending profitable production at Ahafo through at least 2029. I continue to be encouraged by Ahafo’s and Ghana’s mineral prospectivity and the potential for ongoing, profitable growth.”

Newmont Goldcorp opens Borden ‘mine of the future in Ontario

Features and benefits of the mill expansion include:

Ahafo is expected to deliver record production this year - with improved costs - driven by higher grades from the Subika open pit, a full year of mining from the Subika Underground and the completion of the Ahafo Mill Expansion. Commercial production began at Ahafo in 2006, and in 2018 the operation sold 436,000 ounces of gold at all-in sustaining costs of $864 per ounce.

Newmont Goldcorp has the strongest and most sustainable portfolio of operations, projects and exploration prospects in the gold sector. These assets allow the company to sequence profitable projects in its unmatched pipeline to sustain six to seven million ounces of steady gold production over a decades-long time horizon.