Rio Tinto Brings on $3.1B Pilbara Expansion Ahead of Schedule 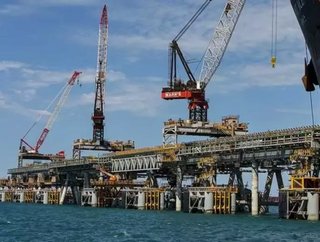 Expansion at the Nammuldi iron ore mine and Cape Lambert port is now two months ahead of schedule, Rio Tinto reported. The company has ramped up product...

Expansion at the Nammuldi iron ore mine and Cape Lambert port is now two months ahead of schedule, Rio Tinto reported. The company has ramped up production at their West Australian iron ore sites as a result of being ahead.

The expansion in the Pilbara region was announced in 2012; $2 billion was allocated to the Nammuldi iron ore mine to extend the life of the mine, while $1.1 billion was given to increase the size of the company’s Cape Lambert port and rail facilities.

The second phase of expansion – which will increase iron ore production to 360 million tons a year by the end of 2015 – is now the focus for the company.

The added capacity has added tremendous value to the business, Andrew Harding, iron ore boss, announced. The expansion in both phases will allow Rio Tinto to move iron through the region at a low cost.

Rio Tinto has also said that there will likely be some run rate variability in coming months as it completes second expansion and integrates its “world first” automated heavy-haul rail system into the business.

At a mining conference in Miami, Rio’s CEO Sam Walsh shared that the use of autonomous technology was already helping the company keep their costs down.

Not only do the automated truck mean that fewer trucks are required at the new mines, but that “innovative sourcing and procurement have also delivered considerable savings, with much of the construction equipment coming from emerging supplier powerhouses such as China, Indonesia and Thailand.”