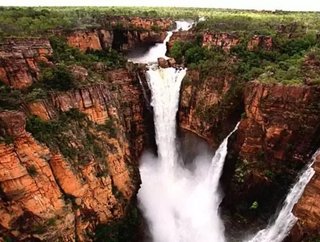 In a surprising move by Rio Tinto, chief executive Sam Walsh has agreed to cancel a 40-year old joint project in Western Australia, returning over 175,0...

In a surprising move by Rio Tinto, chief executive Sam Walsh has agreed to cancel a 40-year old joint project in Western Australia, returning over 175,000 hectares of bauxite land to the government so it can be used to create the country’s largest national park.

Located on Western Australia’s Kimberley region, the area is internationally recognized for its flora and fauna, and its Mitchell Falls and indigenous rock art dates back over 40,000 years.

"It is iconic. There's no question in my mind that this is an iconic area that needs to be preserved for future generations."

Walsh admitted he believes community opposition would have never allowed a mine and refinery to be built on the site.

"As I toured around, I was visiting as a tourist, not as an employee of Rio Tinto, and I met people and I said 'do you think this is going to be developed'," Walsh said.

"People said this will never be developed and quite frankly I believed them.”

Rio Tinto and joint venture partner Alcoa were granted the rights to develop bauxite resources on the land in 1971. Since then, the two companies have actively evaluated the development of an integrated bauxite mine and alumina refinery project. Depressed bauxite and alumina prices have caused the companies to wait for higher prices.

"Bauxite prices [are] stronger at the moment but unfortunately alumina prices are not," he said. "As China continues to develop and build refineries and smelters it is going to make it a tough program well into the future but most importantly to us when we develop a project we want to have community support. You could not mine this area without impacting on the environmental and heritage aspects."