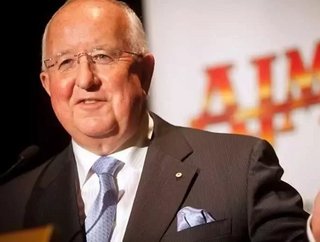 Rio Tinto, Chinalco and the International Finance Corporation have agreed on a deal to develop Guineas iron-ore deposits, making it the biggest iron ore...

Rio Tinto, Chinalco and the International Finance Corporation have agreed on a deal to develop Guinea’s iron-ore deposits, making it the biggest iron ore and infrastructure project in Africa

After years of delay, Rio Tinto has finally sealed the deal on the Simandou iron-ore development, agreeing to terms on Monday with the Guinea government. The $20-billion project will be the biggest iron ore and infrastructure mine in Africa.

Guinea signed the deal with Rio Tinto and its partners – China’s Chalco and the International Finance Corp. – setting conditions for substantial infrastructure investments into the project.

The conditions of the agreement include: a cross country 700km railway to Conakry, Guinea’s capital; a deep-water port at Morebaya with supporting infrastructures; and future port and railway expansion. The total cost is estimated to be around $20 billion to build, two-thirds of which are infrastructure costs.

The economic benefits of the deal, however, are great for Guinea. Once fully operational, the mine will contribute an estimated $7.6 billion to the Guinean economy each year.

"Today is an important milestone in the development of this world-class iron ore resource for the benefit of all shareholders and the people of Guinea," said Rio Tinto Chief Executive Sam Walsh.

The Simandou project has long been in the making. Rio acquired the rights for the land almost 15 years ago and has already spent more than $3 billion developing the southern part of Simandou. However, even with a contract in hand, exports from the mine aren’t expected any time soon. The deal requires the company to produce a feasibility study within a year, including financing within two-half-years, making production likely in 5-10 years.

Once the project is up and running at full production, the Simandou project is expected to export up to 95 million tons per year. At that volume, Rio would surpass Vale as the number one iron producer in the world.

The only obstacle now for Rio Tinto and its partners is locating investors.