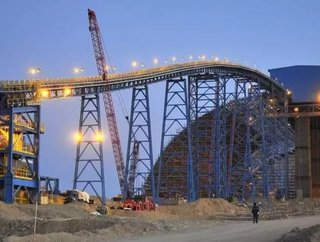 Rio Tinto has announced the signing of the Power Source Framework Agreement (PSFA) between its Oyu Tolgoi mine and the Government of Mongolia. Rio Tint...

Rio Tinto has announced the signing of the Power Source Framework Agreement (PSFA) between its Oyu Tolgoi mine and the Government of Mongolia.

Rio Tinto Copper & Diamonds chief executive Arnaud Soirat commented: “The Power Agreement is a positive step forward for Oyu Tolgoi and outlines a path to secure reliable, long-term power for the operation. We will now work together with all of Oyu Tolgoi’s partners to finalise the details and develop the power project which will help ensure the operation reaches its full potential to the benefit of all shareholders.”

The agreement sets out an amended timetable for Oyu Tolgoi to meet its obligation to source power domestically. The 300 megawatt plant will be majority owned by Oyu Tolgoi LLC and will be situated close to the Tavan Tolgoi coalfields. Construction is scheduled to start in 2020 following extensive studies, with the commissioning of the plant by mid-2023.

All Oyu Tolgoi shareholders will now work on the further technical specifications and commercial arrangements underpinning the framework agreement.

The Mongolian Government has stated that the deal was made in an effort to retain the estimated $150m the project currently pays to China annually for power use – a figure likely to increase once the underground extension comes online.

Production from the $5.3bn underground expansion, situated close to the southern border with China, is scheduled for early next decade.

The Government of Mongolia owns a 34% stake in Oyu Tolgoi, while Turquoise Hill Resources, 51% owned by Rio Tinto, holds the remaining shares.

Rio Tinto entered into agreements with three Chinese contractors in July 2018 to design a power station to supply Oyu Tolgoi which is a key part of the company’s efforts to move its portfolio away from iron ore.