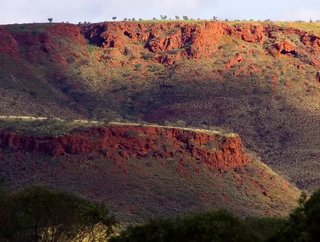 Rio Tinto has pledged to speed up exploration activity at its copper find in the Pilbara region of Western Australia. Speaking at a conference in Sydne...

Rio Tinto has pledged to speed up exploration activity at its copper find in the Pilbara region of Western Australia.

Speaking at a conference in Sydney this week, Rio Tinto’s Growth & Innovation executive Stephen Mcintosh re-affirmed the discovery was in its early stages and further efforts were required to decide whether Winu was of “Rio Tinto scale”.

During the conference, the company highlighted that Winu sat in a good mining jurisdiction, in flat topography with a shallow deposit suitable for open-pit mining.

Rio Tinto revealed drilling results back in March confirming that copper-gold mineralisation had been discovered at the Winu project in the Yeneena Basin of the Paterson Province in Western Australia. The Winu project is located approximately 130 km north of the Telfer mine and 350 km southeast of Port Hedland.

The mining giant is keen on the pursuit of copper, with the metal becoming increasingly important as the electric vehicle revolution takes hold.

Despite the excitement around the Paterson Province discovery Rio Tinto may still decide to divest Winu if it does not have the makings of a Tier 1 asset.

“We actively divest discoveries that are not Tier 1, are not on strategy or do not otherwise fit with the group’s priorities and we recycle this cash back to fund our ongoing exploration programs,” said Macintosh

“Winu is just one opportunity of many in our high-quality pipeline of exploration projects globally.”