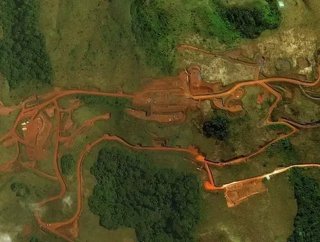 Rio Tinto is once again exploring ways to realise the potential of the huge Simandou iron ore deposit in Guinea. The Simandou project provides access t...

Rio Tinto is once again exploring ways to realise the potential of the huge Simandou iron ore deposit in Guinea.

The Simandou project provides access to one of the world’s largest untapped (over 2 billion tonnes), high grade iron ore resources in the world. It can sustain a mine life in excess of 40 years and has the potential to make Guinea one of the world’s top iron ore exporters.

Bloomberg reports that the world’s second-largest miner has rehired consultants to work with its own team to further study how the mine can be developed.

The company practically shelved the project three years ago (and a failed attempt to sell it to partner Chinalco followed in 2018) so much of its efforts now are based around updating previous plans.

Their work is also focusing on how to export material out of Guinea whose government maintain Simandou’s output would need to be shipped via the country’s own ports. This means the project would be required to include a 650km trans-Guinean railway line to transport transport iron ore from the Simandou mine to a new deep-sea port, located south of Conakry on the Morebaya River. This would push the total investment needed north of $20bn.

At full production Simandou would be capable of producing 100 million tonnes per year which would see Rio Tinto surpass Vale as the world’s leading iron ore miner.