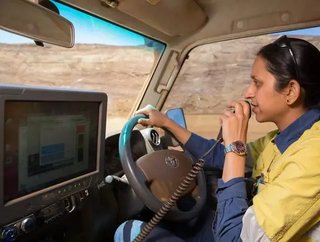 Rio Tinto has released more drilling results from its Winu copper discovery in the Yeneena Basin of thePilbara Province of Western Australia. A signifi...

Rio Tinto has released more drilling results from its Winu copper discovery in the Yeneena Basin of the Pilbara Province of Western Australia.

A significant programme of work has continued at the Winu camp in recent months with 180 people on site and additional data on the intercepts for the eleven diamond drill holes, reflecting drilling to the end of 2018, has been released by Rio Tinto.

Results continue to indicate relatively wide intersections of vein style copper mineralisation associated with gold and silver beneath relatively shallow cover which ranges from 50 to 100 metres. The mineralisation remains open at depth and to the east, north, and south.

The next phase of reverse circulation (RC) and diamond drilling is underway to further define the mineralisation extents and continuity, and results will be reported in a subsequent release in Quarter 3, 2019. There are currently eight diamond rigs, three RC rigs, and a waterbore rig drilling at Winu.

Rio Tinto CEO Jean-Sebastien Jacques commented last month that the Winu project represented one of the companys most exciting copper opportunities: “The initial results from the first phase of drilling are encouraging. It is copper. It is close to the surface, and it is 100% owned.”

Rio Tinto plans to spend $250mn on exploration in 2019, with the bulk of that on copper as demand for the EV revolution ramps.