Rolls-Royce working on a nuclear reactor to mine the moon 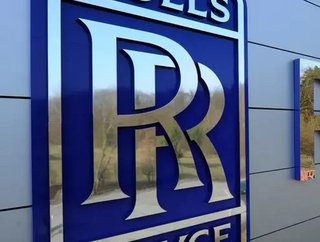 British manufacturer Rolls-Royce reveals it’s working on a new nuclear reactor to open up mining on the Moon and Mars, edging closer to mining in space

It may sound almost futuristic and akin to something straight out of a Sci-Fi movie, but the reality is mining in space might be closer than you think. Prestigious British automobile maker Rolls-Royce is taking the first small step for mining as it reveals to The Mail on Sunday that it’s developing a nuclear reactor that could open up mining on the Moon and even Mars.

Earlier this year, the company teased its nuclear plans with the UK Space Agency, hinting at its ongoing nuclear power studies and research into the opportunities nuclear power holds for the future. Rolls-Royce’s Head of its defence division, Dave Gordon, told The Mail on Sunday how, in theory, a micro-nuclear reactor could enable rockets to be launched at high speeds in space and that this discovery then opens doors to the possibility of providing energy for drilling, processing, and storage for mining on the Moon and Mars.

Mining the Moon may be closer than we think

But what resources could the Moon and Mars possibly hold that would be of value down on Earth? Well, natural resources such as water can be mined before being converted into precious fuel for rockets, and elements and metals unique to the Moon hold the potential to be used to provide energy and develop new electrical commodities.

Gordon also pays tribute to businessmen Jeff Bezos and Elon Musk for showing that space isn’t as far out of reach compared to what we first thought.

“If we were having this conversation a couple of years ago, you’d have looked at me in a bemused way,” Gordon said to the MoS. “But now, because of the work that companies like [Bezos’s] Blue Origin and [Musk’s] SpaceX are doing, it suddenly becomes not just credible, but actually there’s a demand there.

According to Gordon, there’s a drastic need for rare earth metals on Earth, and the Moon’s main resources - which include Helium-3, an element used in nuclear fusion - could prove valuable for future space explorations, with the Moon even being pipped as a refuelling station.

“There’s a huge shortage of rare earth metals. We know they exist on other planets because they all formed from the same thing. This genuinely isn’t rocket science. So mining asteroids, the Moon and Mars will happen, hopefully, in my lifetime.”

Rolls-Royce is optimistic that it can introduce a demonstration of its vehicle by 2030, resulting in roughly 10,000 jobs being created across the supply chain within the UK.