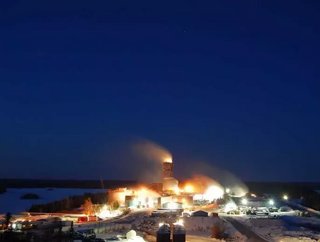 SSR Mining has announced today that it has intentions of a significant expansion of its wholly-owned Seabee Gold Operation, following preliminary econom...

SSR Mining has announced today that it has intentions of a significant expansion of its wholly-owned Seabee Gold Operation, following preliminary economic assessment report.

Located in Northern Saskatchewan, Canada approximately 125 kilometers northeast of the town of La Ronge, the Seabee Gold Operation consists of two underground gold mines, the Santoy mine and the Seabee mine.

Ore from both mines is processed at the Seabee mill facility, which has been in operation since 1991 and has current processing capacity of over 900 tonnes per day.

Seabee has proven and probable mineral reserves of 360,000 ounces of gold at an average grade of 8.19 g/t.

What makes Seabee such an attractive proposition from an expansion perspective, is the fact that it has over 23,000 hectares of an underexplored, prospective greenstone belt land position.

Exploration activities in 2017 have been focused on several near mine targets, the conversion of Mineral Resources to Mineral Reserves and exploration at the contiguous Fisher property, where SSR Mining holds an option.

The Fisher property consists of over 34,000 hectares and would double the prospective land position at the Seabee Gold Operation.