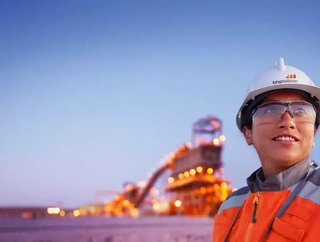 International Women in Mining (IWiM) and Adam Smith International have joined forces and produced an extensive report into the role of women in the mini...

International Women in Mining (IWiM) and Adam Smith International have joined forces and produced an extensive report into the role of women in the mining industry.

The report looks specifically at key enabling factors in order to bring about a clearer and truer representation of women in the industry.

Can a mining law unlock the potential of women?

The biggest myth in the goal gender equality is that it means superiority, as opposed to genuine equality. Strong leadership, commitment and prioritisation by stakeholders, including governments, is essential in debunking this myth.

Women play a key role in mining associations and ‘bottom-up’ movements. The successful combination of the two approaches will be driven by women organising and working together to collaborate for change. Civil society groups and mining cooperatives targeted at women must be recognised and supported as key drivers of women’s visibility in the mining industry.

Through constructive engagement with other government institutions and decision making, integrating gender into mining legislation will be made that little bit easier. To ignore the relevant institutions involved in the regulation sector, and the power and influence the yield, would be foolish. Gender institutions are often isolated from decision-making, something that needs to change in order to enable progress.

Change in such a major capacity, especially one aimed at reaching a marginalised or excluded group can unfortunately elicit resentment from other social groups. Why? A misplaced sense of the threatening of power or status. Moving forward, engaging more with men on ways to promote women in the industry is key, as again unfortunately some men represent a barrier.

A change of this size and scale is going to take time. As much as we wish it could happen today. The key challenge is entrenched norms and societal perception and behaviour, something that transcends the mining sector entirely. Progress will require indicators and measurements of success that will look at the long term, acknowledging the intergenerational benefits of investing in women.

Be sure to read our fantastic feature on International Women in Mining (IWiM), and how the organisation is bridging the gender gap in the industry across the globe.