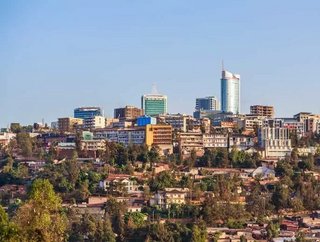 More than 50 new mining licenses are set to be granted in Rwanda in 2018, as the country looks to boost its mining investment even further. The Rwanda...

More than 50 new mining licenses are set to be granted in Rwanda in 2018, as the country looks to boost its mining investment even further.

The Rwanda Development Board (RDB) will issue 50 new licences to mine metals including gold, tin and tantalum as it bids to attract close to $2 billion in foreign investment in 2018.

The news comes not long after RDB announced that in 2017 it had registered investments of $1.675 billion into the country, a $515 million increase year-on-year.

Mining was one of the three major sectors that contributed to the substantial growth, including construction and real estate.

“In the last 10 years, registered investments in Rwanda have jumped from $USD 800million in 2007 to $USD 1.675 billion in 2017. This is an increase of more than 100% in only a decade. This is evidence that Rwanda is being seen more and more as great place to do business,” said RDB in a statement.

Mining is the second largest export in the Rwandan economy.

Despite this, mining in Rwanda is still seen as a treasure trove of unexploited opportunities in ore, processing and diversification and so as part of the RDB, a number of key targets have been identified and set to tap into this opportunity.

AngloGold to invest $500m to restart Obuasi gold mine

As world’s second-biggest producer of tantalum, export earnings are anticipated to increase from USD 158 million in 2011 to USD 400 million by 2017/2018

The safe and efficient running of mines across the country will also prove key, as the number of certified mine sites with efficient water and wastes management system will increase from 20% in 2011/2012 to 100% by 2017/2018

Mining continues to prove a key growth sector for providing working opportunities and employment, and so the percentage of the certified mine sites with safe and secure working conditions will be increased from 25% in 2011/2012 to 80% by 2017/2018