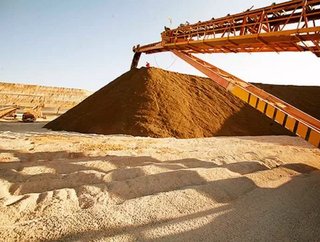 AB Minerals Corp. has been cleared by the Governing Council (the top decision-making body composed of Ministers) of the African Minerals and Geoscience...

AB Minerals Corp. has been cleared by the Governing Council (the top decision-making body composed of Ministers) of the African Minerals and Geoscience Centre (AMGC) to establish the first ever Coltan Processing Plant in Africa.

AMGC is a Pan African body that specialises in Minerals Geosciences and Geological Information. The Germans through BGR recently installed an Analytical Finger Printing (AFP) Laboratory worth €2 million in the Center for the purpose of analysing the so called 'conflict free' minerals from Africa.

This was meant to help sustain the flow of raw materials (Coltan) from Africa into Europe under the EU's Raw Materials Initiative RMI.

The Coltan Processing Plant, a Joint Venture between AB Minerals and AMGC will reduce the flow of raw materials and a lot more value will be captured by the Coltan producing countries in the region but more esp. by the Artisanal and Small-Scale Miners by supplying directly to the plant.

Coltan is one of the most important minerals in the world. The Project was also endorsed by the Tanzanian Government.

And in a further update, AB Minerals has announced that it has engaged Destiny Mineral and Agricultural Consultants (“DMAC”) of Dubai, UAE to lead a USD$40 million financing for the construction of the first coltan processing facility in Africa, to be located in Dar es Salaam, Tanzania.

The agreement contemplates a financing totalling US$40 million. This transaction will take the Company through construction to commercial production, including all contingencies and working capital requirements for full scale operations.

Vimbai Chakanetsa, CEO of DMAC stated: “This Eco-Friendly coltan processing plant will be Africa’s first, and heralds the dawn in the African economic transformation narrative where our dream for a socio-economically transformed Africa through our natural resources becomes a reality. This new technology will allow for value-addition and beneficiation of tantalite bearing ores on the African continent for the first time in its history. We at DMAC are looking forward to working with AB Minerals and assisting with their planned expansion for many years to come.”

Frank Balestra, CEO of AB Minerals Corp. commented: “We are excited to partner with DMAC and their CEO Vimbai Chakanetsa. They have extensive knowledge in the African mining industry and will be a strong financial partner for the project.  DMAC will assist the Company in accelerating our vision of value-addition for tantalite bearing minerals throughout the African continent. This is a significant milestone for the Company.”