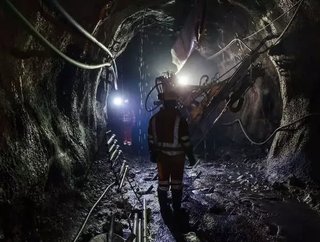 One of the leading underground mining service contractors in Africa has won a multi-million-dollar contract. African Underground Mining Services, a joi...

One of the leading underground mining service contractors in Africa has won a multi-million-dollar contract.

African Underground Mining Services, a joint venture between Ausdrill Limited and Barminco Limited, has entered into a $160 million contract to provide mining services as part of an extension project and mine construction development in Burkina Faso.

As part of a 30 month contract, with option to extend a further 12-months, AUMS will supply all underground mining services for Roxgold’s Zone 55 (Yaramoko) and Bagassi South underground mines.

The news comes soon after Roxgold announced that it had received approval from the Burkina Faso Council of Ministers for the extension of existing processing plant infrastructure.

The project will see an increase in through-put from 750 tonnes of gold per day, to 1,100 tonnes per day.

Thiess awarded A$160 million contract for Curragh Coal mine

The expansion will also allow the company to increase the Yaramako gold production byt around 40%, totalling 160,000 ounces in 2019.

The 55 Zone is an operating 750 tonne-per-day underground operation which utilizes longhole stoping with cemented rock fill as its primary mining method. The 55 Zone mine has proven and probable ore reserves to a depth of 750 metres of 1.8 million tonnes grading 11.47 g/t gold for 662,000 ounces.

Bagassi South is the second high-grade underground gold mine on the Yaramoko property.