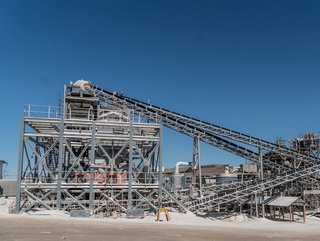 AfriTin Mining reports that results for the lithium and tantalum drilling programme at its flagship operation, the Uis tin mine in Namibia, have exceeded expectations.

Pegmatite intersected in all holes at depths and apparent widths as predicted by the geological model. Notable intersections of lithium mineralisation within the pegmatite include:

CEO Anthony Viljoen said the results reinforce its belief that Uis is host to "one of the largest lithium resources globally".

"While the V1/V2 pegmatite displays impressive dimensions and is open-ended at depth, a multitude of surrounding pegmatites present significant upside potential," he said.

"As a former mining operation, Uis has been extensively drilled but historic assaying has focused solely on the tin with no regard for the lithium or tantalum in the deposit. This programme will increase the confidence of the current lithium and tantalum estimates and is part of our strategy to bring these two commodities into production alongside our tin operation."

The construction of a new lithium pilot plant will allow the company to progress to commercial production phases much faster than a new greenfield lithium resource elsewhere, the statement added.

Uis mine in focus

Profitable pilot plant is in full operation. Nameplate production of 720tpa has been achieved and the plant is profitable on tin alone.

Significant by-product potential from lithium and tantalum and the Phase 2 expansion of tin concentrate production to 1300tpa makes this a dramatically scalable project with potential to also become a global lithium supplier.

Other AfriTin projects include Brandberg West, Nai-Nais and B1C1.

Meanwhile Bolivia has narrowed the list of competing foreign firms vying to tap its vast lithium resources to six, according to energy minister Franklin Molina, part of the country's most ambitious efforts to extract the metal, states a Reuters report.