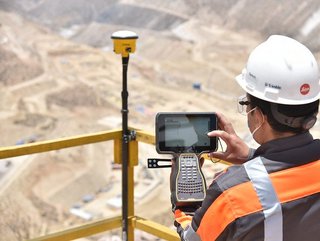 Anglo American's Q1 production dropped 10% year-on-year as it was impacted by peak Covid-related absenteeism, high rainfall affecting operations in South Africa and Brazil, and safety and other operational challenges at metallurgical coal and iron ore operations.

Copper dropped 13% to 140kt and iron ore output fell 19%, but diamonds proved to be a noteworthy exception, with production jumping 25% to 8.9Mct.

As a result, it has updated platinum group metals, iron ore and metallurgical coal volume guidance for the full year, and unit cost guidance for most product groups to reflect up to date exchange rates and the inflationary pressure on many input prices, particularly diesel.

Mark Cutifani, former Chief Executive of Anglo American (until April 19), said more broadly, progressing its Sustainable Mining Plan priorities has never been more relevant or urgent, most notably in relation to energy security, costs and emissions as it works to ensure its business is competitively positioned for the long term. The new Chief Executive is Duncan Wanblad, former Strategy Director, who can draw on 30 years of international mining experience.

During the quarter, it agreed an MoU to partner with EDF Renewables to secure 100% renewable energy for operations in South Africa.

"This ecosystem approach is a major step towards reducing our on-site energy requirements, the largest source of our operational emissions, building on the 100% renewable electricity already secured for our South America operations by 2023," said Cutifani.

"We also expect to have the world's largest hydrogen haul truck in action in the next few weeks, proving up this technology at scale for real world mine conditions, and expected to displace up to 80% of our on-site diesel emissions."