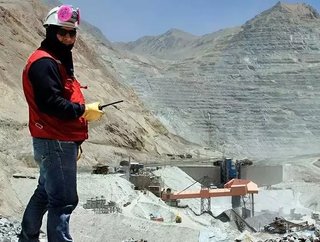 Antofagasta has announced that its $1.3bn expansion of its Minera Los Pelambres project has been approved.

Minera Los Pelambres is 60% owned by Antofagasta and 40% owned by consortiums led by JX Nippon and Mitsubishi. The expansion will add an average of 60,000 tonnes of copper a year to the mine’s production over the first 15 years of operation.

Los Pelambres is a sulphide deposit in Chile’s Coquimbo region, 240 km north-east of Santiago. It produces copper concentrate (containing gold and silver) and molybdenum concentrate through a milling and flotation process.

Construction of this $1.3 billion project will start at the beginning of 2019 and first production is expected in the second half of 2021. Throughput at the plant will be increased from the current capacity of 175,000 tonnes of ore per day to an average of 190,000 tonnes of ore per day. The plant expansion includes an additional SAG mill, ball mill and the corresponding flotation circuit with 24 additional cells.

Ivan Arriagada, the CEO of Antofagasta plc, commented: “The expansion of our world-class Los Pelambres mine is an important step forward in the advancement of the Group’s organic growth pipeline. The expansion project will add 60,000 tonnes a year of low-cost copper production at this long-life operation and will ensure that it remains a first quartile producer for many years to come.

“The project includes the construction of a desalination plant and water pipeline which will also benefit the existing operation in cases of prolonged or severe drought, and for a potential further phase of expansion.”

Annual copper production will increase from 40,000 tonnes in the first year at the expanded throughput to 70,000 tonnes towards the end of a 15-year period, as the hardness of the ore increases and the benefit of the higher milling capacity is fully realised. Over the full period production will average approximately 60,000 tonnes.

Earlier this year, Antofagasta had announced the project to be approved by the close of 2018, with a 2019 construction date targeted.