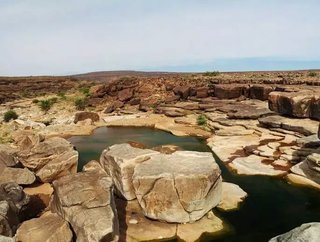 Aura Energy Limited has announced that the Environmental and Social Impact Assessment (“ESIA”) for its major Tiris Uranium Project in Mauritania has...

Aura Energy Limited has announced that the Environmental and Social Impact Assessment (“ESIA”) for its major Tiris Uranium Project in Mauritania has received official approval by the Mauritanian Government.

The news comes after the company submitted a Mining Lease application for the project in May 2017.

“For a uranium project one of the most important steps in its path to development is the environmental approval step. Achieving this milestone for Aura’s Tiris Uranium Project on schedule and with the strong support of the Mauritanian Government is another solid step forward for Aura to production and cashflow. This step is pivotal as the main project precursor to pursuing production offtake and project financing arrangements.”

The Environmental Approval covers all mining and processing activities, including the establishment of all the required management plans for radiation management.

Key activities undertaken during the ESIA process, which was managed by a multi-disciplinary group of specialist consultants, included environmental baseline monitoring studies, flora and fauna within and around the tenement area, ecosystem and habitat sensitivity surveys, noise and air quality studies, water studies, and extensive community engagement.

The Tiris Uranium Project is based on a major greenfields uranium discovery in Mauritania, with 49 Mlb U3O8 in current resources from 66 million tonnes @ 334 ppm U3O8.

Aura will be required to set up a radiation monitoring system under the supervision and control of the National Radiation Protection, Nuclear Safety and Security Authority (ARSN). It was also recommended that a quarterly report be submitted on the state of implementation of the environmental and social management plan.

Read our exclusive interview with Peter Reeve in the October 2017 issue of Mining Global Magazine.