Aura Energy: Uranium bounces back in the global market 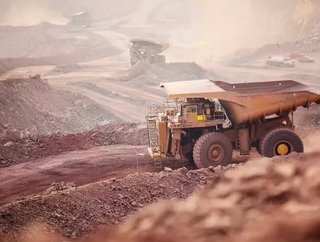 Aura Energy is poised to harness the growing demand for uranium from China’s nuclear reactors. We spoke with Executive Chairman Peter Reeve about clos...

Aura Energy is poised to harness the growing demand for uranium from China’s nuclear reactors. We spoke with Executive Chairman Peter Reeve about closing the supply gap with the company’s two main projects: the low capital Tiris mine in Africa and the long-term Haggan facility in Sweden.

The market for uranium crashed hard six years ago following the nuclear disaster at Fukushima, Japan. Since then, uranium miners and processors sold down and have mostly stayed down.

However, uranium is critical to running the world and, according to the World Nuclear Association (WNA), we are now seeing increased demand due to energy security concerns, uncertainty surrounding future access to carbon-based fuel and greenhouse gas constraints on carbon burning, which have combined to put nuclear power back on the agenda for projected new capacity in many countries. That demand is set to ramp from resource-hungry nuclear reactors across China, and with the construction of nearly 500 more either planned or proposed worldwide, Aura Energy is well-placed to take advantage.

Aura’s Executive Chairman Peter Reeve believes there’s not a commodity reviewer in the world who isn’t predicting a big supply gap in uranium requirements two to three years out. “I believe that when chief executives at the utilities ask their inventory managers if they’ve got a good solid long-term inventory book of uranium and realise that’s not the case, they’ll go out into the market and purchase it very quickly, driving the price up,” he explains.

“I think the utilities have been playing a very cute game by utilising the stock spot price when they really need to fill their long-term contract books. It’s a dangerous game. Some will get caught out and some won’t. The winners will be sitting there with an operation close to ready to go and needing to fill off-tack contracts. Fortunately, we could be constructing our new plant in 2018, commissioning in 2019 and then in a situation where we’re taking in off-tack contracts where hopefully the utilities are starting to panic and wanting to pay up.”

Reeve has said that with the world’s population growing by the equivalent of one Germany every year, standing still with water, food, energy and resources is not enough. And with the number of nuclear reactors worldwide predicted to double between now and 2030, it’s a situation Aura Energy can capitalise on thanks to its two main projects in Africa and Sweden.

“The Tiris mine is quite a unique project because of the way the uranium occurs,” says Reeve of the company’s African project in Mauritania, which boasts a £50mn uranium deposit. “It will be quite a low capital project - just $45mn will produce a million pounds of Uranium per annum at a cash cost of around $30 per pound. We will ship out ‘yellowcake’ - there’s only uranium in that deposit.” Allied to this, the company has other tenements in Mauritania, not yet projects, which are set to yield gold and base metals and offer a perfect opportunity for Aura’s exploration team to get to work.

Meanwhile, in Sweden, the company’s long-term Haggan project excites Reeve with its ability to offer uranium and base metals, including nickel, zinc, cobalt and vanadium. “What we’re going to operate there is a bacterial heat bleach; it’s quite fascinating,” he enthuses. “There’s pyrite (known as ‘fool’s gold’) in the ore. It’s Fes2 and if you bleach it, you end up with sulphuric acid which you can use to bleach the uranium out of the ore.

“At Haggan, the bugs and bacteria are naturally resident in the ore and provide the biological agent we need to start the heat bleach. So, all we do is take the ore out of the ground, stack it up in heaps – as you do in a typical heat bleach – and then we cultivate the bacteria to increase its concentration before using it to leach the uranium and base metals from the ore and process it. The ultimate vision and dream for a project like this is to end up with a good deal of base metals to fuel spin off fabrication businesses and downstream businesses in metals while making substantial uranium.”

Reeve also sees the potential for Haggan to provide stability for utilities in Sweden where over 40% of electricity is derived from nuclear power. “Euratom (European Atomic Energy Community) is quite concerned about the lack of available uranium ore and supply in Europe,” he explains. “You’ve got Kazakhstan there… the Russians and Chinese are trying to get their hands on that. And you’ve still got to feed an awful lot of uranium reactors across Europe, despite the fact some countries are turning theirs off.”

Kazakhstan is the world’s largest uranium producer, controlling around 40% of the global market. The recent decision to scale back its output by 10% to tighten global supply has seen prices creep up, fuelling Reeve’s optimism for what Aura is placed to achieve. Another reason for Reeve to be cheerful is US President Donald Trump showing more support for nuclear power than the Obama administration, which gave a higher priority to wind and solar power. While America may once more make moves to become self-sufficient in uranium, as of today, it still imports over 90% of the uranium it uses in its nuclear plants.

Against the backdrop of this increasing market confidence in uranium, Aura listed on AIM (Alternative Investment Market) earlier this year and raised £2.9mn. “It’s lonely out here in Australia,” jokes Reeve. “That listing helps us a hell of a lot with our profile abroad and our investor base.” He believes it’s Aura’s low capital strategy to achieve initial production that will help them overcome the challenges of the development phase and continue to attract investment. “Investors can see we’re not just waiting for the uranium price to recover because we have other base metal strategies to provide good returns along the way and assist in funding our uranium developments.”

The Tiris mine was originally conceived to have up to $130mn in capital but Reeve re-cut the project in size and scope down to $45mn. “For a company of our development size people thought that was plausible,” he explains. “We got our cash cost down to $30 per pound - which on a stock basis might not make money at the moment but on a contract basis it will. We’re able to present to the market that we’re quite viable. The Haggan project has extremely low cash costs at $13.50 per pound because of the base metal credits we can get. You’ve got to work your portfolio and not scare the market with capital that’s too large, particularly during the time it will take for uranium prices to recover over the next two years.”

Aura Energy listed in 2006, with Reeve originally coming on board as Chairman in early 2015 before moving into his Executive Chairman role when the CEO retired. With 35 years of experience in the mining industry he has worked for Rio Tinto, Shell, Billiton, and also spent time in corporate finance as a Fund Manager working with the likes of Newcrest Mining, before founding Ivanhoe Australia.

It was his former colleagues from Shell who attracted him to the Aura Energy project following their virgin discoveries in Africa and Sweden. With a feasibility study laying the groundwork for imminent government approval of the Tiris project and a 10-year plan in place for community engagement and development at Haggan, Aura is making inroads to uptake with a strategy built on eastern promise.

“We will make U308 (a popular form of yellowcake) for processing into fuel rod stock,” maintains Reeve. “There’s a likelihood that some of that could go into Europe and the Middle East, but more likely China. We’ve signed an MOU (memorandum of understanding) with a Chinese engineering firm and we’re progressing on uptake arrangements with Chinese nuclear utilities who will need a good deal of this material going forward. You’ve really got to be in China if you want to make sure you’ve got those uptake contracts over a period of one to two decades.”