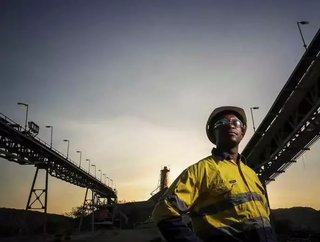 Barrick Gold has announced a proposed framework that will see the Tanzanian government have a much greater stake in Acacia Mining. In an announcement...

Barrick Gold has announced a proposed framework that will see the Tanzanian government have a much greater stake in Acacia Mining.

In an announcement, Barrick Gold, which has a 63.9% equity interest in Acacia, outlined a framework for a new partnership between Acacia Mining and the Government of Tanzania that will realise significant economic benefits.

A new Tanzanian operating company will be formed to manage the Bylyanhulu, Buzwagi and North Mara deposits as well as all future operations in the country.  This new company will involve a highly transparent partnership between the two bodies, defining the direction of operations including investment, planning and procurement.

Economic benefits from Bulyanhulu, Buzwagi, and North Mara will be distributed on a 50/50 basis between the new operating company and the Government of Tanzania. The Government’s share of economic benefits will be delivered in the form of royalties, taxes, and a 16% free carry interest in the Tanzanian operations.

As part of the formation of this new company, Acacia will also pay the Tanzanian government $300 million.

The news comes following the government’s announcement of a ban on exports of unprocessed gold and copper and introduced laws that increase its ownership of mines as it believes it is not getting a fair share of its minerals.

Barrick Gold engages the digital world with the Unearthed hackathon

The government has announced that it would undertake a review of conditions for the lifting of the country’s concentrate export ban.

“Following constructive discussions with our Tanzanian partners, we have developed a framework for a modern, 21st century partnership that should ensure Acacia’s operations generate sustainable benefits and mutual prosperity for the people of Tanzania, as well as for the owners of Barrick and Acacia,” said Barrick Executive Chairman John L. Thornton.

“A partnership requires trust between the parties, and transparency is the currency of trust. Through our discussions over the last three months we have established both and this will form the basis of our relationship in the future